Daniel Radcliffe Gets Swiping On Tinder 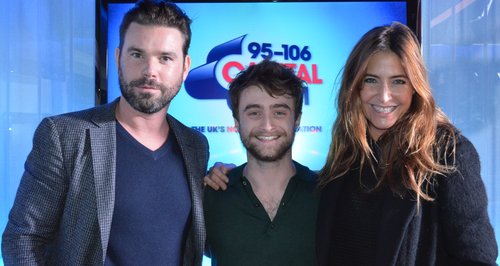 The former boy wizard dropped by Capital to promote his new film 'Horns', and we couldn't resist throwing down the ultimate Tinder challenge!

Admit it, you're on Tinder, you're addicted to the swiping game, and you want to inspire others to join in. Stranger to Tinder, Daniel Radcliffe, was introduced to the app by Capital's Dave Berry & Lisa Snowdon, and given some tricky options.

Nicki Minaj was a definite yes from the former Harry Potter star, swiping right straight away.

"I adore you Jo, but not in that kind of way" Daniel justified.

Lisa Snowdon, thanks to her playing the bum-bum-bongos with DanRad last year, was an instant yes, joining the ranks of Nicki and, eventually, Olly Murs' mum!

Catch more from Dave Berry & Lisa Snowdon every Saturday from 6am on Capital.