But it seems that some fans are less than impressed with their on stage chemistry, as they demonstrated at The Oscars 2017.

> 16 Of The MUST-SEE Red Carpet Photos From The Oscars 2017 Including Katy Perry, Nick Jonas & Caitlyn Jenner 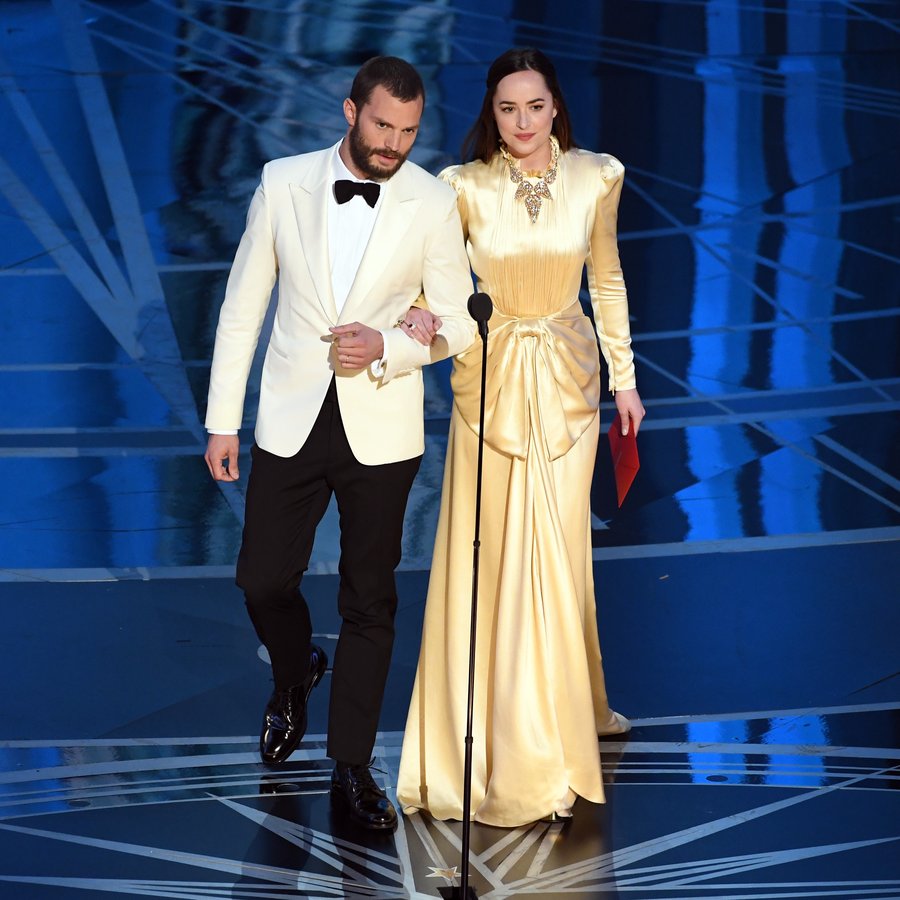 It seems that their big moment has been slightly shunned by Twitter users, who declared that the pair lacked serious chemistry. And given that they're most famous for their romantic relationship in the 50 Shades Of Grey trilogy, that doesn’t really bode well.

They're so happy and cute on stage this is my aesthetic #Oscars pic.twitter.com/x8mftsjW26

When Dakota took to the stage, she declared that Jamie “looked familiar”, whilst he pointed out, “I’m sure I do”. Not sure if this was intended to be as awkward as it looked…

They're so happy and cute on stage this is my aesthetic #Oscars pic.twitter.com/x8mftsjW26

… so much so that Twitter has erupted with hilarious comments about the moment.

Dakota Johnson and Jamie Dornan have 0 chemistry. Seriously. They look so uncomfortable together.

So... what is the beef between Jamie Dornan and Dakota Johnson? They look like they're in pain anytime they're together... #oscars

Who Is Sex Education's Mimi Keene? All The Details On The Actress Who Plays Ruby