Brooklyn’s got the football skills, Romeo’s got the budding modelling career, Harper’s four (so give the girl a chance!), but it looks like we just discovered Cruz Beckham’s future career!

Judging by a brand new video posted on Victoria’s Instagram it looks like the youngest Beckham brother could well follow in his mum Posh Spice’s footsteps with a pop career, because we’re getting ACTUAL Bieber vibes and it’s AMAZING.

The clip shows the 11 year-old singing the chorus to Faith Evans and Twista’s ‘Hope’ and basically smashing EVERY note. How is it possible to be THIS talented before you even hit your teens?!

And judging from the reaction on Twitter we’re not alone in our Justin Bieber comparisons - could Cruz be the next pop sensation?!

That vid of Cruz Beckham singing....there's a boyband waiting for him in a few years! Adorable

what even, cruz beckham is incredible at singing

Cruz Beckham has got to have the sweetest voice. I sense a record contract in the not so distant future. 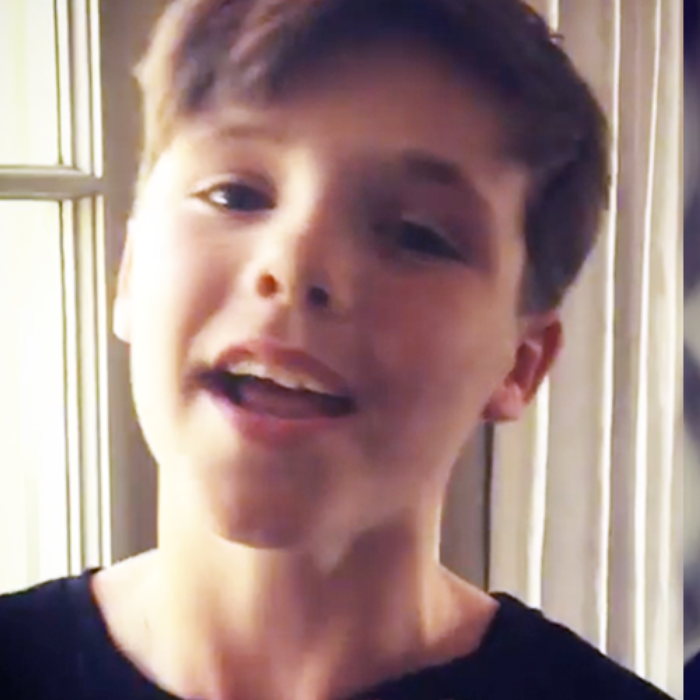