And The Award For Biggest Instagram FAIL Goes To... Conor McGregor! Can You Spot It?!

He may be one of the best professional mixed martial artists on the planet, but if you ever wanted someone to read you a bed-time story, may we suggest anyone other than Conor McGregor?

The 28-year old UFC Lightweight Champion uploaded a snap to Instagram, boasting how he's wearing pyjamas on a private jet (or, because you've gotta abbreviate on the Internet; "Pj's on the P.J") but there was one teeney, tiny / HUGE mistake...

> No-One Can Find The Cat In This Picture, And The Entire Internet's Gone Crazy!

Sure, he may have tucked his trousers into his socks, but that's not the boo-boo in question. Spotted it yet? 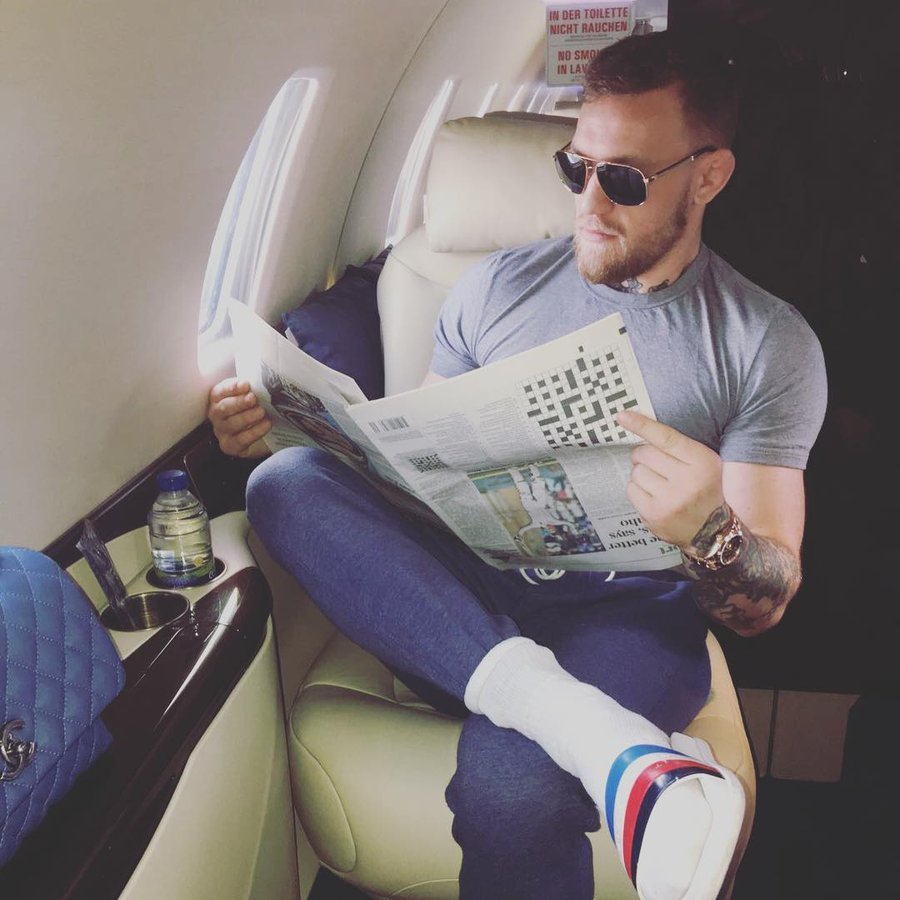 He's reading the newspaper upside down. Seriously. Maybe it's some mind-training tactic he needs to hone before he enters the ring? Or was his plane doing a loop-the-loop and this was the only way he could read the paper? Or was it just a very poorly posed snap? Or - as some are suggesting - is he jabbing at Mayweather?