Sonia Who?! Rumour Has It Brooklyn Beckham Has Reunited With A Former Romantic Flame!

After two years apart it looks like Brooklyn and this ex-flame are "very much a couple".

Brooklyn Beckham and Chloe Grace Moretz have apparently rekindled their young romance this month - two years after first being linked as a budding couple.

The pair were first spotted together way back in summer 2014 but things quickly cooled on that front and Brooklyn was most recently linked to a romance with model Sonia Ben Ammar.

But at the weekend the pair were spotted out at dinner together with their PARENTS - leading to reports the romance is officially back on!

“Chloe and Brooklyn are very much a couple,” a source told The Sun this week. “They were really comfortable getting their families together.

“Chloe kept stroking Brooklyn’s hair and putting her head on his shoulder and then he would do the same.

“Victoria [Beckham] was making a huge effort with Chloe too,” they added. “She sat chatting to her for ages and was clearly interested in finding out more about her life.

17 year-old Brooklyn and 19 year-old Chloe have been friends for some time, but could love have blossomed once again? And where does this leave poor Sonia?! 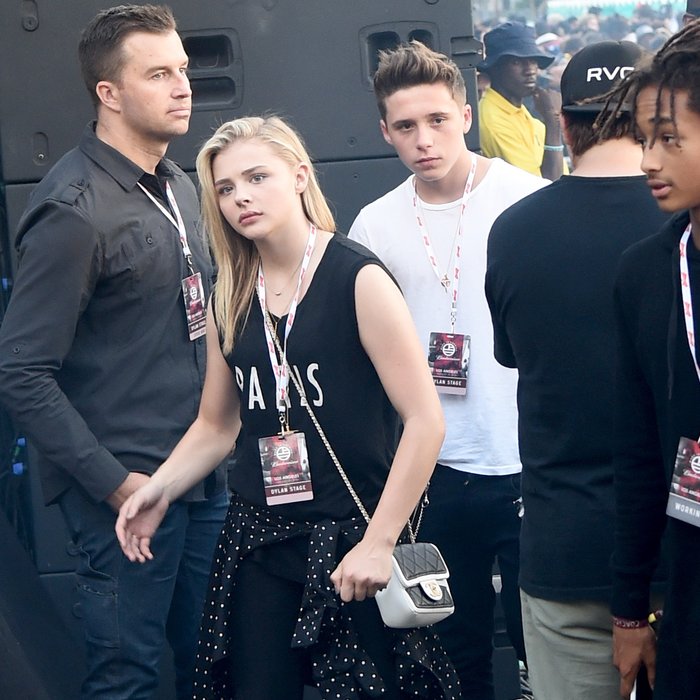