Bruno Mars is ready to battle James Arthur before the 'Say You Won't Let Go' maestro makes it a month at No.1.

James Arthur is practically owning the Vodafone Big Top 40 at the moment. Not even Niall Horan's debut solo single 'This Town' was able to dethrone the X Factor winner who is now on the edge of notching up an entire MONTH at the summit of the chart.

Will Bruno Mars be able to do what many have failed at this Sunday?

James Arthur is unstoppable at the moment. His single 'Say You Won't Let Go' seemed to come out of absolutely nowhere and hasn't budged from the top of the chart since it knocked The Chainsmokers off three weeks ago.

The Chainsmokers' collaboration with Halsey has already has a spell at No.1 but that doesn't mean at any given moment it won't race back to the top spot.

The Weeknd's 'Starboy' has now moved up the chart in two consecutive weeks now and if he's going to carry on the trend, there is only one place he can go on Sunday and that's to No.1!

Coming this Friday to a speaker near you. #24kMagic pic.twitter.com/H6AnzWeuVn

Bruno Mars has stated that although many will call this a single, he's referring to it as an 'invitation to the party.' We can't wait to hear it!! 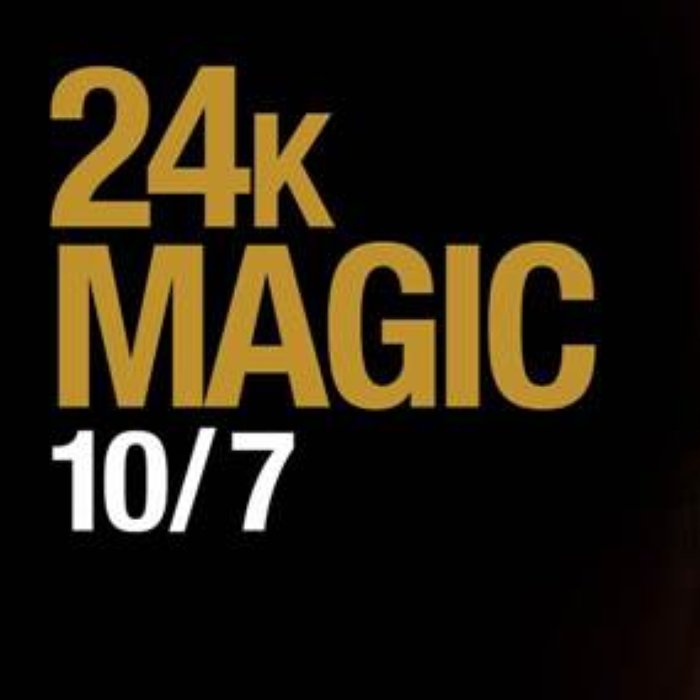