VOTE: Will James Arthur FINALLY Lose His No.1 Spot At The Hands Of Fifth Harmony?

The Fifth Harmony ladies are here to stir up some trouble in a chart where James Arthur has reigned supreme for 4 WEEKS!

There truly isn't a song on earth at the moment that can compete with James Arthur's 'Say You Won't Let Go'. The X Factor champion has notched up an impressive four weeks at the top and it doesn't look like he'll be leaving any time soon.

However Fifth Harmony's single 'That's My Girl' is looking to make a late push into the UK's freshest countdown.

Here's a look at the top contenders for this weekend's No.1 spot:

Can James Arthur make it five weeks at No.1? If he achieves this, he'll only be one week away equalling Lukas Graham's 2016 record of SIX weeks at the top. Longer than any other tune this year.

Fifth Harmony are currently tearing up the European leg of their tour with dates in the UK all the way to Sweden. Can they surprise us all with their first UK No.1 on Sunday? Maybe!

The Weeknd's 'Starboy' has easily become one of the coolest songs of the year (well it does have Daft Punk in there so you know) with the enigmatic singer looking to score his first Big Top 40 No.1 too!

it didn't disappoint did it! Bruno Mars' '24k Magic' truly is the heir to 'Uptown Funk's title of funkiest tune around. You can always rely on Bruno to produce the goods and he has done just that once again! 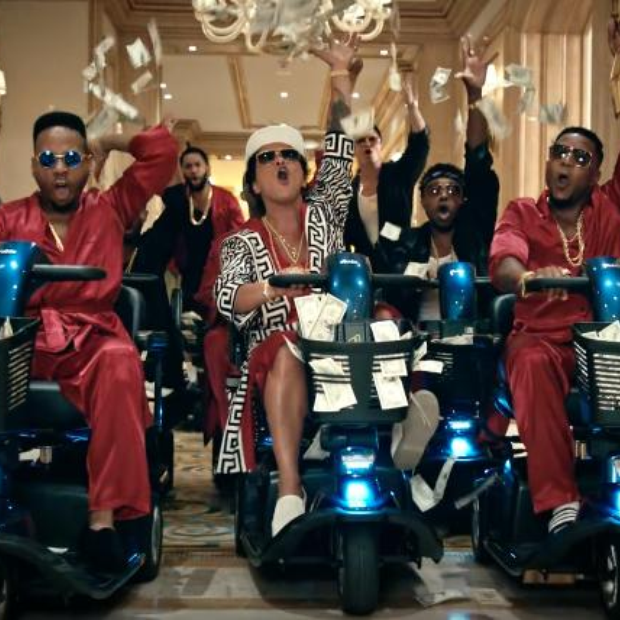