Ed Sheeran snatched the No.1 spot just days after his two singles were released and now he goes head-to-head with himself again!

We have to admit something, 2017 started pretty damn well right? Two new Ed Sheeran singles? YES PLEASE. At this point we are literally on a 1 song for every 1 week ratio and we're totally cool with it.

With 'Shape Of You' currently leading the chart race, we're beginning to wonder which tune will actually be able to knock Ed off the top of the Vodafone Big Top 40...and then it hit us, Ed himself! The only other artist to do this so far is Justin Bieber!

Back at the tail end of 2015, the Biebz knocked his own single 'Sorry' off of pole position with his much loved follow-up 'Love Yourself' (which was also co-written by Ed!).

Plus this Sunday, from 4PM, Ed Sheeran will be joining Marvin and Kat in the studio for a very special countdown! 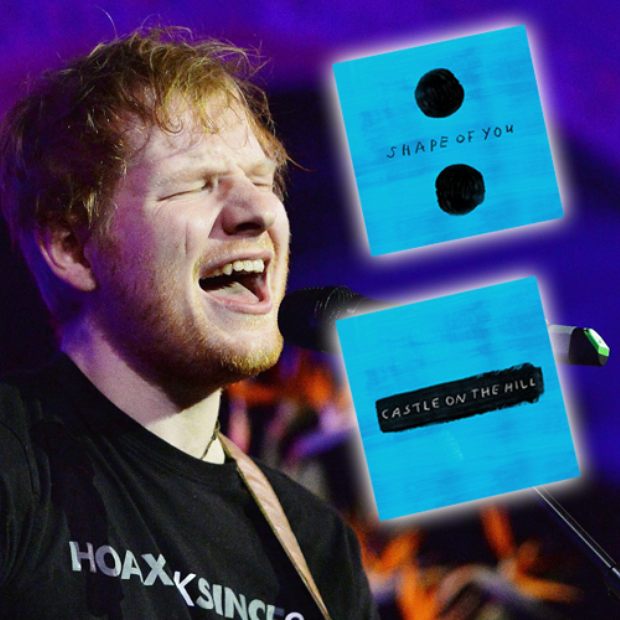 The crowd favourite 'Shape Of You' stormed the top 40 with ease on Sunday and in doing so it actually stopped Clean Bandit's 'Rockabye' from grabbing the most weeks at No.1 than any other song...EVER record.

Ed Sheeran - 'Castle On The Hill'

'Castle On The Hill' might be not be as poppy as 'Shape Of You' but it is most definitely a grower (well, it's already No.2 so it's got a few fans already). Can Ed knock himself off the No.1 spot?

JP Cooper's 'September Song' climbed the most places of any other tune on last Sunday's countdown and now it is actually threatening to become a real problem for Ed Sheeran at the top!

Rag'n'Bone Man's 'Human' has already topped the Vodafone Big Top 40 once before. Who knows, this could easily be a dark horse in this Sunday's race...