WATCH: Caitlyn Jenner Accidentally Hints At Kylie's Pregnancy After Stumbling Over A Question About Grandkids

How many grandchildren do you have Caitlyn?

When will this saga end?! We genuinely don't know. The rumours surrounding Kylie's pregnancy have been swirling for so long now that by the time we find out she's actually pregnant we're pretty sure the baby will already be born.

> Want To Be Kept In The Loop For All Things Kylie? Download Our App & You'll Be Covered For Life!

However that doesn't put an end to the constant guessing as to whether she actually is carrying a lil bubba. 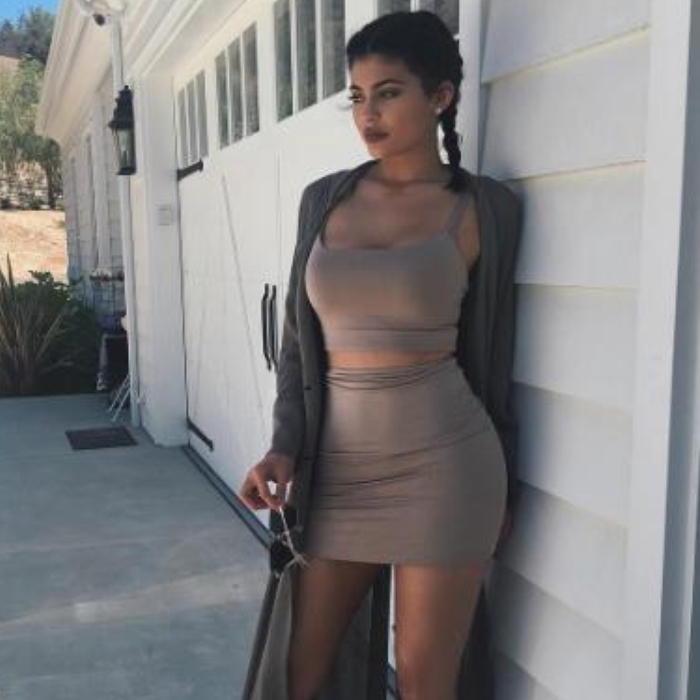 It seems everyone has been quizzed on the hot topic however it is Caitlyn Jenner's recent appearance on 'Piers Morgan’s Life Stories' that has sent tongues wagging.

During the interview Caitlyn told Piers she had ten children and '12... 13 grandchildren'. Which naturally sent Twitter into meltdown after fans counted that she actually has eleven.

> WATCH: Khloe Kardashian Trying To Dodge A Question About Kylie Jenner's Pregnancy Pretty Much Tells Us Everything

Could she be alluding to Kim K and Khloé's unborn children... or even Kylie's?!

Whilst watching #piersmorganslifestories #CaitlynJenner suggested that she has 12/13 grandchildren. I'm not sure but it that a little more than she has? Suggesting something about Kylie ?!
Correct me if I'm wrong if so I apologise Regardless, Caitlyn, you're a stunner

Trying to work out if @KylieJenner has had her baby when @Caitlyn_Jenner says to @piersmorgan she has 12..13 grandchildren #LifeStories #quickmaths

me googling how many they have without kylie’s phantom baby#LifeStories pic.twitter.com/0Ti8sL5SNc

By the way... have you seen how much of a lookalike the actress who played Padma Patil is to Kylie Jenner nowadays?!