We knew there was more to it than just a dodgy contact lense!

Their battle was lively enough to throw up a number of talking points, but what everyone really wanted to know was why Nicola was holding her right eye throughout the whole thing.

There were claims shortly afterwards that a dodgy contact lense was causing Nicola pain at that exact moment and that it was a coincidence. But now we know there's much more to the story. 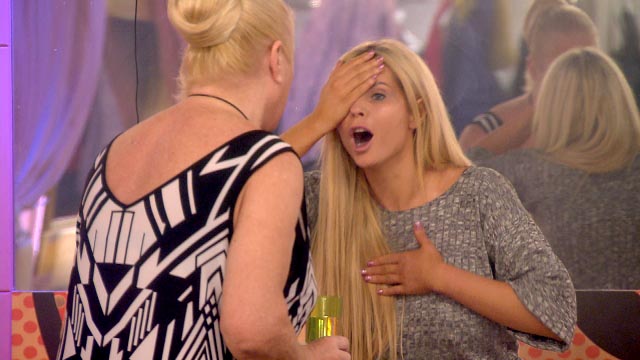 It turns out that Nicola actually visited an eye surgeon just before entering the CBB house as she was suffering from light sensitivity that was reportedly causing her really bad migraines.

A spokesman for Nicola revealed, "Nicola visited an eye surgeon last month before discovering she suffers from light sensitivity. Indeed, Nicola has been seen wearing dark glasses on occasion in recaps from her exploits in her temporary Borehamwood digs."

So that would make sense as to why we've spotted Nicola wearing dark glasses a lot in the house and why she was covering her eye in that epic Kim duel. However surgery is a pretty big deal, so we hope she's ok!

Here’s an EXCLUSIVE preview of tonight’s explosive #CBB. Make sure you tune in at 9pm, @channel5_tv for all the action… pic.twitter.com/C98TUlaG7B

Speaking to a tabloid about Nicola's eye problems, a CBB source claimed, "She suffers from light sensitivity which is why she wears dark glasses in the morning and evening, and she has to wear special contacts with dark lenses throughout the day."

"This is only a recent development but the eye surgeon has warned her that she may soon need surgery to sort it all out." 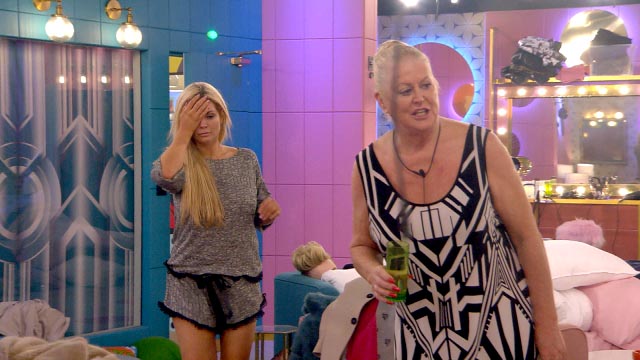 Nicola has had a rollercoaster of a time in the Celebrity Big Brother house and her constant arguments with the likes of Kim Woodburn and Jedward won't do anything to help her migraines!

But as both Kim and Jedward are up for eviction, she might be able to relax a little bit more very soon indeed.