Ms Spears and Miss Azalea killed it with their first performance of their joint track – and we’ve got all the other must-see videos from the awards.

This year's Billboard Music Awards 2015 was host to QUITE the all-star line-up, with everyone from Ed Sheeran and David Guetta and Nicki Minaj to Kelly Clarkson on the bill - but the performance of the night definitely had to be the first ever live performance of 'Pretty Girls' from Britney Spears and Iggy Azalea.

Check Out The FULL List Of Billboard Music Awards 2015 Nominations

The girls donned their space-age outfits for their performance - and YES there WAS a killer Britney dance number in there too:
Britney confirmed the news of her first major awards show performance since 2007 on Twitter last month, sending her fans into a frenzy:

Time to put the rumors to bed & take #PrettyGirls to the stage! CAN’T WAIT to perform w/ @IGGYAZALEA at the #BBMAs! pic.twitter.com/NzWJo0Yu44

Another MASSIVE performance of the night came courtesy of David Guetta and Nicki Minaj who rocked the audience with their joint track 'Hey Mama' - and as expected from Miss Minaj, she DEFINITELY put on a sexy-as-hell show!:

Kanye West performed 'All Day' - to much muting once again, the poor TV assistant in charge of pressing the mute button is currently receiving treatment for repetitive strain injury to the index finger (probably). Taylor Swift also made her mark on the night by premiering her 'Bad Blood' music video to open the show, complete with an all-star cast of all her best mates.

Ed Sheeran and his loop pedal kept the audience captivated with a gorgeous performance of 'Bloodstream' - the boy never disappoints!: 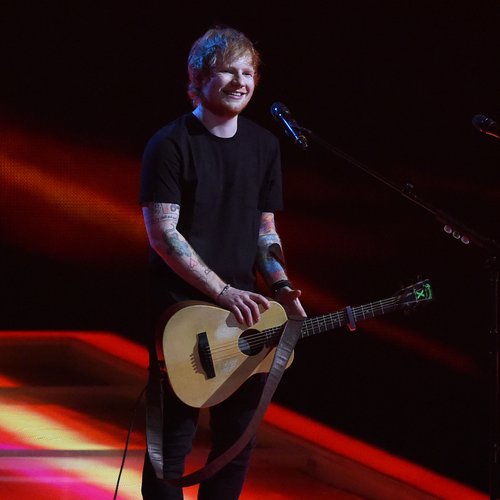 One Direction didn't perform on the night but they pick up their awards - even though Liam Payne got cut off by the music just as he was going to make his speech - awk! Louis Tomlinson LOVED it though:

Sam Smith got people talking… by not talking. The 'Stay With Me' star gave his acceptance speech using words written on pieces of white card as he is on vocal rest following surgery on his throat:

Wiz Khalifa and Charlie Puth put on an emotional performance of 'See You Again' in memory of Paul Walker - the moment Charlie's voice breaks with emotion will melt even the hardest of hearts!

Nick Jonas had the girls in the audience screaming as he took to the stage for an incredible performance of 'Jealous':