Best Christmas Songs: 9 Tunes To Get You Feeling Festive!

We're counting down the sleeps until Christmas - and these epic Christmas tunes have us feeling VERY festive!

The first song on the list has rapidly become the fastest selling single of 2014!

30 of the world's biggest music stars came together to release 'Do They Know It's Christmas' in November this year to help fight the spread of the ebola virus in West Africa.

Union J - 'It's Beginning To Look A Lot Like Christmas'

The #CapitalJBB stars' first foray into festivities came last year, when they treated us to a medley of their favourite Christmas songs on stage at the O2 Arena. This year, Josh, JJ, Jaymi and George have gone a step further and released their own cover of a festive classic!

For the last 28 years (!!), George Michael & co have been getting us through the Christmas Party season with a tune that's GUARANTEED to get everyone singing along at that awkward office karaoke.

Ariana dropped the lyrics video for her original Christmas song 'Santa Tell Me' in November, and it is potentially the most adorable thing we've ever seen!

When you think of Eartha Kitt's original song from 1953, you think of soft, hushed, breathy tones - so there's nobody we'd rather have cover this track than Taylor Swift - and she does it FLAWLESSLY!

Christmas songs don't come much more up-beat and jolly than this! So who better to cover it than the most exciting girl in pop - Miley Cyrus!

Kelly Clarkson - 'Underneath The Tree'

Crackling fire, glass of mulled wine and the lead track from Kelly Clarkson's first Christmas album, 'Wrapped In Red'. What more could you want to get in the festive spirit?

Okay, this is a bit of a cheat as there are few more sleeps to go, but it is still GUARANTEED to get you feeling festive!

The Vamps - 'I Wish It Could Be Christmas Everyday'

The most upbeat and energetic Christmas song ever has to be our favourite because of the "it's Christmaaaaaaas" line! So when The Vamps dropped this on their new festive album, we instantly fell in love. If this is the future of Christmas songs, we really wish it WAS Christmas every day! 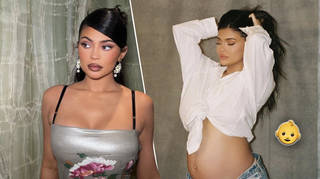