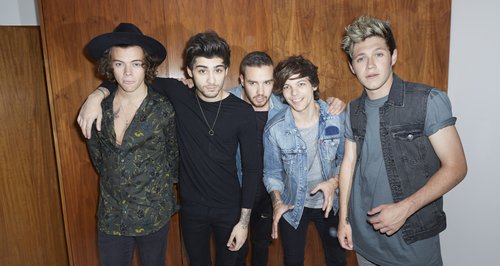 Ed gave the game away when he told us he would be part of Band Aid 30, and now the full line up has finally been revealed!

It’s the thirtieth year of Band Aid, so the line up HAD to be huge – and Bob Geldof certainly didn’t disappoint with the stars he has got on board.

Capital managed to get a cheeky confession from Ed Sheeran at the MTV EMAs last weekend so we already knew he was going to be on the line up as he told us, ““It’s up to Geldof, isn’t it? If he wants it released in the paper it will be released in the paper but I have to keep my mouth shut for now. I’ve already said yes, but he’s going to have to announce it.”

Bob Geldof and Midge Ure announced the rest of the line up for this year’s single yesterday, which will be raising money to fight Ebola in West Africa.

Joining Ed on the re-release of ‘Do They Know It’s Christmas – the fourth time the song has been released by Band Aid – will be One Direction, Adele, Ellie Goulding, Paloma Faith, Jessie Ware and Sam Smith.

With such a huge group of incredible artists on board, it’s bound to be the biggest – and highest earning – year to date.

The full list of artists involved in the 2014 single are: