All those wizards and witches are ready to board the train at Platform 9 3/4 and it is all getting a little overwhelming.

If you've been on Twitter today, you may have seen #BackToHogwarts as the No.1 trending subject for pretty much every minute of September 1st. The reason behind this you ask...well this is THE day Harry Potter first boarded the Hogwarts Express and embarked on a story that'd become an entire generation's favourite ever novel.

Author J.K Rowling tweeted about the anniversary at 10.27 this morning (after she got the date wrong the first time around):

I got the year wrong: blame #CursedChild! In my head it's already 19 years later! #BackToHogwarts

And then came the replies....

Kings Cross Station, were quick to actually add the momentous occasion on their live departure board!

I mean, they got the time wrong but it's the thought that counts... #BackToHogwarts pic.twitter.com/O1kIrG4lAz

We'd love to think that there are actually people diving headfirst into a brick wall between platforms 9 and 10 right now.

Oliver Phelps was on hand to provide some classic George Weasley humour...

A fair few people were a little peeved not to have received their letter from Hogwarts and rightly so!

Dear American school,
I refuse to believe it's #September1st if I can't be at Hogwarts so suck it because I'm going #BackToHogwarts !

Another year I didn't get my Hogwarts letter. I've only got two more years left there anyway. No biggie! *quiet cries* #BackToHogwarts

People were even getting excited about what they were going to get up to once aboard the legendary red steam engine.

I can't wait to get a chocolate frog! I hope it's not Dumbledore I got 6 of him. #BackToHogwarts pic.twitter.com/25ppwePiAF

It's #BackToHogwarts Day! I'd love to be on the Hogwarts Express tucking into a pumpkin pasty & these sweet treats! pic.twitter.com/JwgF3yJIsl

And some Potterheads just went into full-blown nostalgia mode:

One of the most powerful trios met 25 years ago today! #BackToHogwarts pic.twitter.com/3AMYKFC6wb

Believe it or not, one Twitter user (@HogwartsLogic) ACTUALLY boarded a Hogwarts-esque train and went over the same viaduct as the one in the movie. 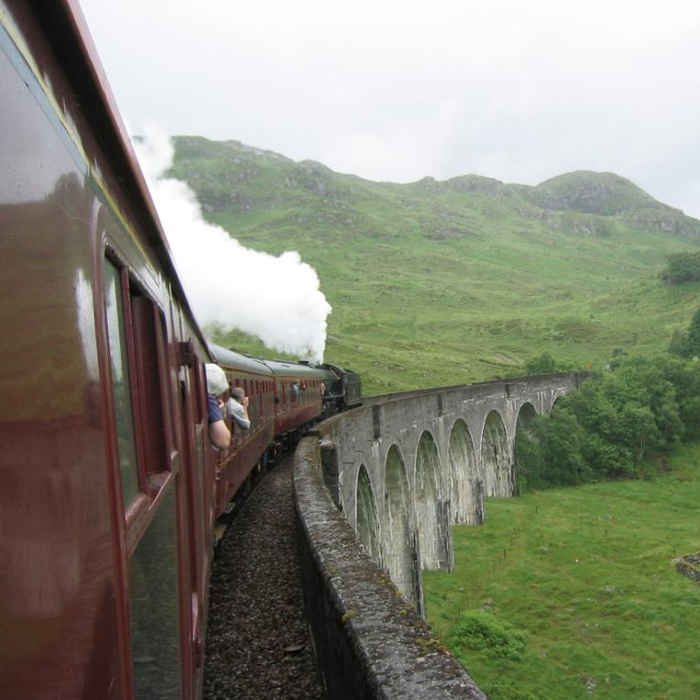 If you didn't receive your letter or aren't aboard the Hogwarts Express, don't worry just yet. In the words of Dumbledore himself, 'Happiness can be found, even in the darkest of times, if one only remembers to turn on the light'.