Don't think we're quite ready for this.

So, we may not know that much about the new season of American Horror Story but what we do know is that only one of the released trailers shows the theme.

But what’s even scarier is that you can know experience the terror… in real life.

> Have Lewis Bloor And Marnie Simpson Already Decided To Split When They Leave The CBB House?! 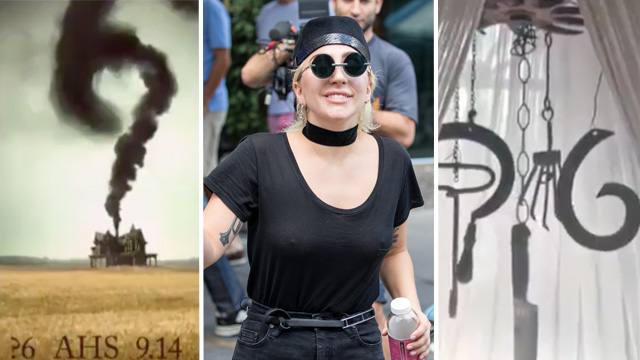 Universal Studios have announced that they are now going to offer an American Horror Story themed maze during its annual Halloween Horror Nights.

This year, one of the nine haunted houses will be based on AHS’s Murder House, Freak Show and Hotel seasons.

The house will apparently take the form of an “uber-maze”, which in itself both petrifies and delights us in equal measures.

Anyone else booking a flight to America as we speak?

You asked for it...you got it! "Step inside the twisted world of AMERICAN HORROR STORY, the award winning anthology horror series!"

"Your journey begins at the infamous MURDER HOUSE, a century old residence on the outskirts of Los Angeles with a tragic past."

"The unfortunate souls who perished inside this haunted house are forever trapped within its walls & each room harbors a horrible secret!"

"Your next stop is the creepy backwater town of Jupiter, Florida where a struggling FREAK SHOW has taken up residence!"

"The human oddities on display inside the big top are nothing compared to the murderous men & women who fight to control it!"

"Finally, you will check in to the HOTEL Cortez, a ruinous relic of a bygone era that conceals a torture chamber of murder and madness!"

"Inside the hotel’s haunted hallways lies a host of supernatural characters bent on making you a guest for all eternity!"