Amy and Amber stole the show at the MTV Movie Awards over the weekend when the pair were caught on Kiss Cam – and proceeded to go in for a BIG snog!

The crowds understandably went a bit crazy for the impromptu lady loving, and Amber Instagrammed a photo after the smooch captioned, “I'm def half lesbian after my makeout sesh with @amyschumer @MTV #movieawards”

But it wasn’t all smiles and kisses for Amber as she reportedly had a bit of an awkward run in with Kendall Jenner at Coachella after the teenager asked for her to be removed from a table at the McDonald’s and Chevrolet pool party.

Amber has a long-running feud with the Kardashians after a Twitter war with Khloe Kardashian saw her call out Kim K and post a meme of her ex Kanye West warning the family not to mess with her. 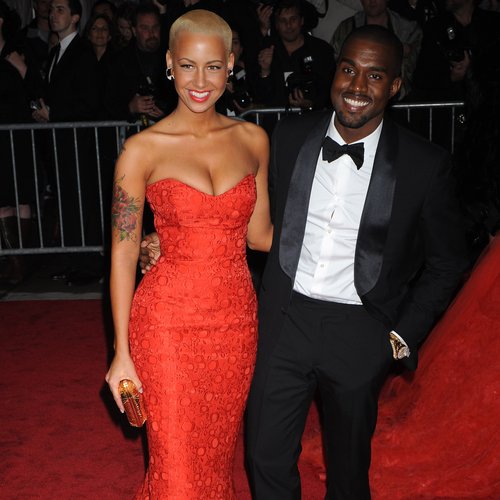 Us Magazine reports that Kendall saw Amber at her table and got staff to remove her saying, “No way, this is not happening.” Amber was reportedly asked to move to which she replied, “Well, my drink is here!”

Amber later denied that anything of the sort had happened at the party at Bootsy Bellows, telling The Mirror, “Yes, it’s B******. It isn't true, it didn't happen." There was apparently a LOT of side-eye happening. We wouldn’t want to get on the wrong side of Ms Rose after seeing her Twitter war unfold!

11 top holiday destinations - as visited by your favourite stars!