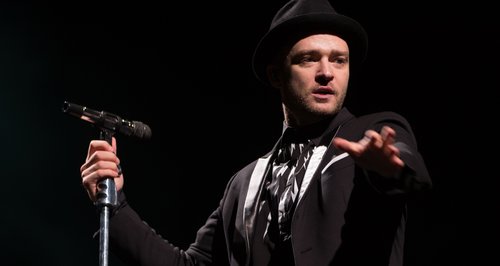 If you’re still on a high from seeing Justin Timberlake, Ed Sheeran and all at last weekend’s V Festival, you can get your tickets for next year’s event from today!

This summer’s V Festival saw 270,000 people storm Weston Park in Staffordshire and Hylands Park in Chelmsford last weekend – so we wouldn’t blame you for trying to get your tickets extra early for next year!

If you’ve already got festival blues now this year’s event is over, the organisers of the Virgin Media V Festival are putting earlybird tickets to next year’s event on sale today from 9am for a limited time.

While the potential line-up for next year is strictly under wraps, V Festival is famed for its AMAZING artists – lucky ticketholders for last weekend got to see Justin Timberlake headline, performing a 90 minute set of all his biggest hits as well as watching Ed Sheeran, Rita Ora, The Killlers and SO many more incredible artists.

The V Festival organisers said, “It’s been an incredible weekend with performances from over 100 acts and more than 30 Number One selling artists. The lineup for 2015 is already being worked on and is shaping up to be hugely exciting. We are putting tickets on sale now for a limited time and we look forward to welcoming V Festival fans back in 2015, when we celebrate our 20th anniversary!”

To get your hands on tickets for 2015, head over to www.vfestival.co.uk for more details.

> Check out the MUST-SEE moments from V Festival 2014