This line up is making us wish it was summer RIGHT NOW!

London's biggest Dance Music festival returns this August Bank Holiday weekend for #15yearsofSW4 and we're joining forces to bring you the world's most incredible artists to create the ultimate party vibes this summer!

The iconic weekender, which takes place on Clapham Common during Saturday 25th & Sunday 26th August 2018, will see a HUGE UK festival exclusive live set from Marshmello and of the world's greatest electronic acts Chase & Status will be returning to celebrate their own 15 years anniversary with their only live show in London this summer.

General tickets are on sale NOW, so make sure you get in there quickly before this one sells out - especially now a TONNE of new acts have been announced across the weekend!

The Saturday line up now includes the likes of Benny Benassi, Cheat Codes, Coco Cole, Route 94, Tom Zanetti and Tough Love on a day that already has the likes of Example and MK performing massive live sets. 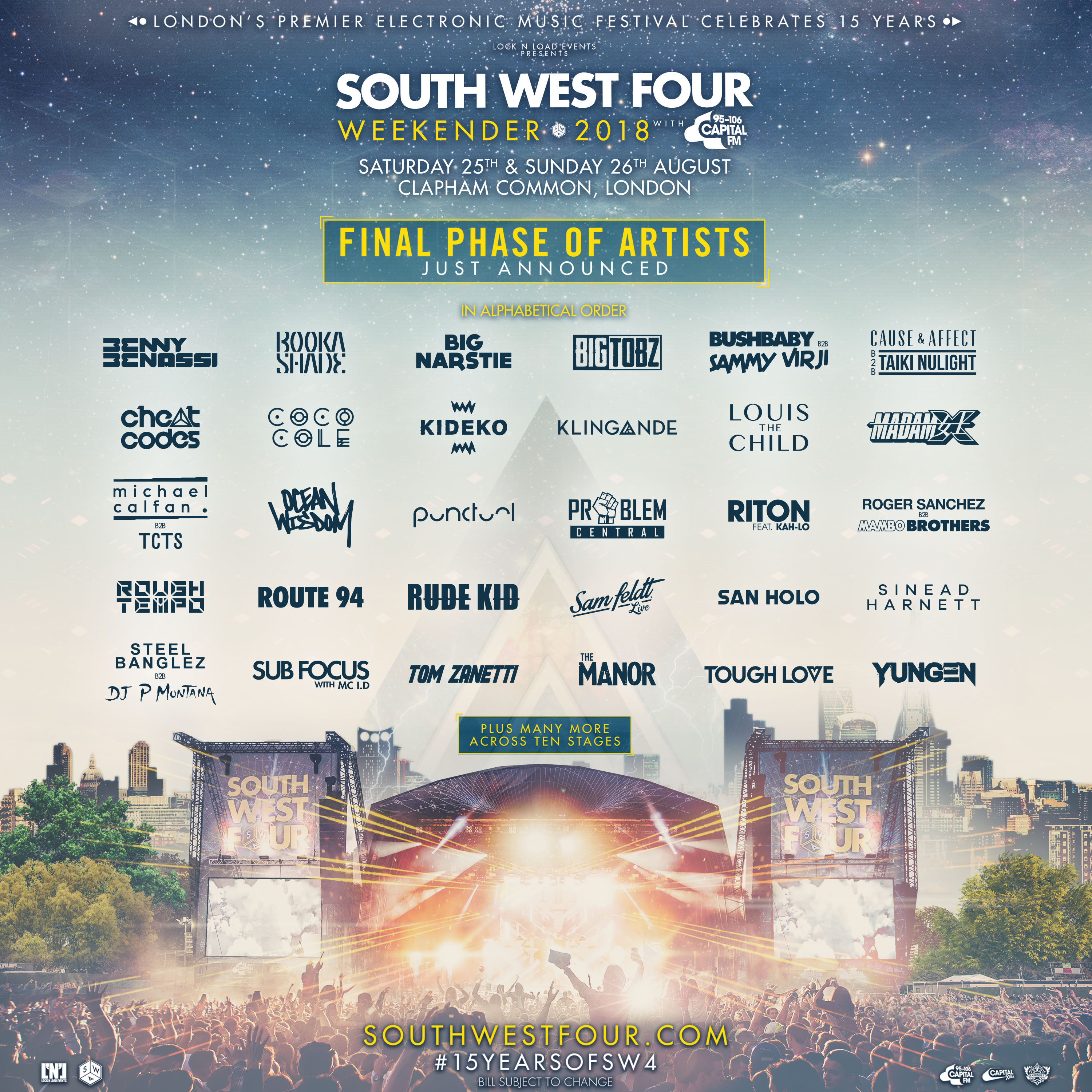 When it comes to the festival's headliners, Marshmello has been on a roll . This UK festival exclusive will see the mysterious masked man bringing all his biggest hits to SW4 for one heck of a live set.

He'll be joined on the Saturday line up by a number of other electronic music heroes including the likes of Jonas Blue and Sigma, plus there will even be a much-hyped London exclusive 2018 festival performance from UK powerhouse Dizzee Rascal.

The Sunday line up is equally as strong, proving that South West Four really is the place to be for all the biggest and best electronic music in the UK this summer.

Legenadry duo Chase & Status will celebrate 15 years of classic hits with a London festival exclusive set as they turn Clapham Common into the Capital's biggest rave with bangers like 'Blind Faith' and 'End Credits' - not a set you're gonna wanna miss! 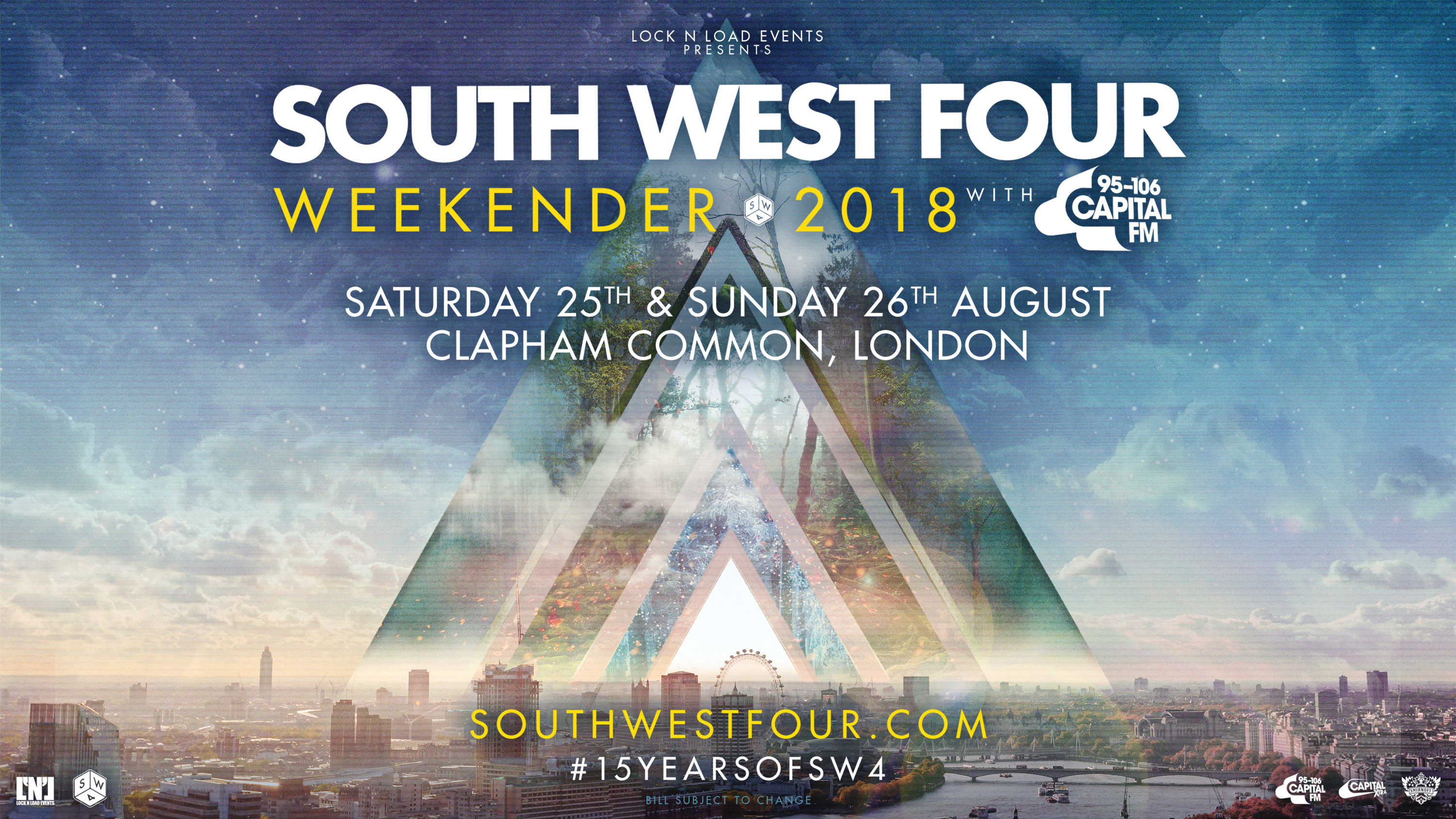 The duo will headline the Sunday line up, which also features Drum & Bass beast Andy C, rising star James Hype and will also see Craig David bring his brilliant TS5 show from the Ibiza sunshine to a UK festival stage once more.

There are plenty more names to be added to this already stellar line up, but check out all the artists who've been announed so far and make sure you give all your mates a shout to get involved in what is guaranteed to be a serious highlight of the 2018 live music calendar. 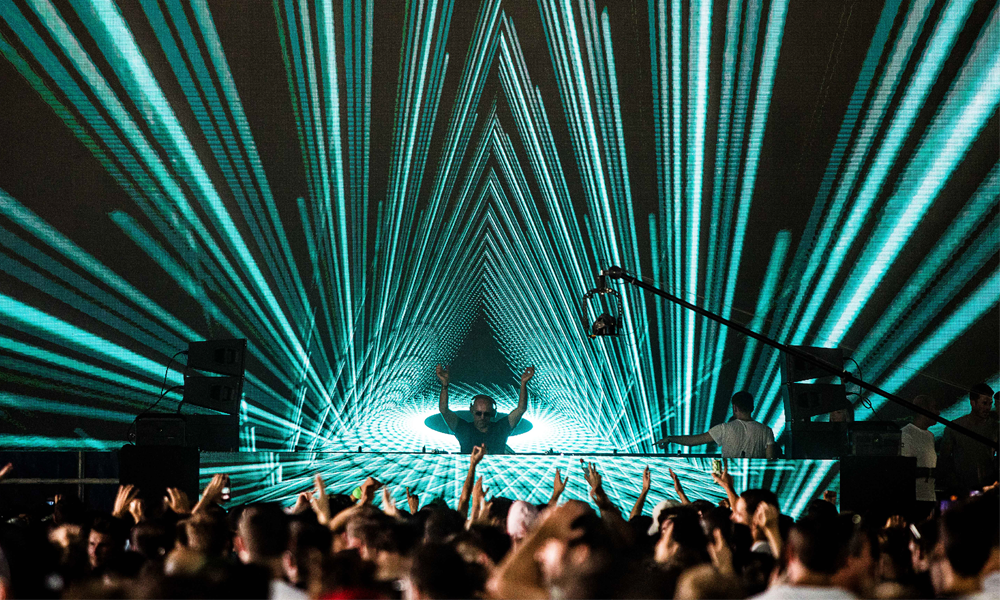 > Download Our Fancy New App For All The Latest South West Four News!

Whilst you're here, check out what happened when Marshmello joined Roman Kemp for a game of Jenga...