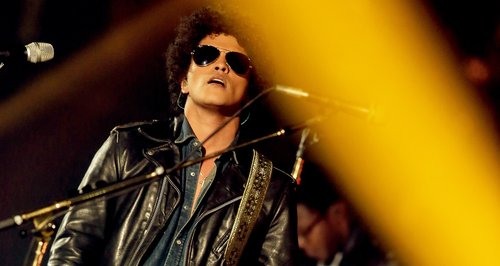 Watch as the stars hit the stage for last night's show in Amsterdam live from the Ziggo Dome.

The MTV Europe Music Awards 2013 saw some of the biggest talent on stage for some truly standout performances.

The evening opened with Miley Cyrus' intergalactic rendition of 'We Can't Stop', but she truly stole the show with her powerful performance of 'Wrecking Ball'.

Katy Perry was also one of the most talked about performers with her maypole style routine before flying high inside the Ziggo Dome looking like a human disco ball.

The world was also wondering what Robin Thicke would have up his sleeve following all the controversy of the VMAs back in August.

Once again he was joined by a special guest with Iggy Azalea coming on stage to deliver a fierce rap verse and show off some moves to make the 'Blurred Lines' dancers envious.

Bruno Mars was also doing his thing with a triumphant rendition of latest single 'Gorilla'.

The killer guitar solo at the climax was enough to send the most revered of audience members wild alone.

Rapper Eminem was named the Global Icon of the MTV EMAs 2013, but also showed off his talents with the mic once again.

He performed 'Berzerk' as well as 'Rap God' before collecting his award from Ron Burgundy.

The show was closed by Icona Pop with their Vodafone Big Top 40 hit single 'I Love It'.

The MTV EMAs saw Eminem crowned the big winner of the night with two awards.

Other prizes on the night went to the likes of One Direction, Katy Perry, Justin Bieber and Bruno Mars.