GRAMMYs 2018: Here's Everything You Need To Know About The Star-Studded Awards Ceremony

Don't miss out on a single second of the action!

On the 28th January 2018 at 16:30 (PST), the GRAMMY awards returns to the iconic Madison Square Garden in New York for the first time in 15 years and if the performers line-up is anything to go by, it's due to be the biggest and best so far. 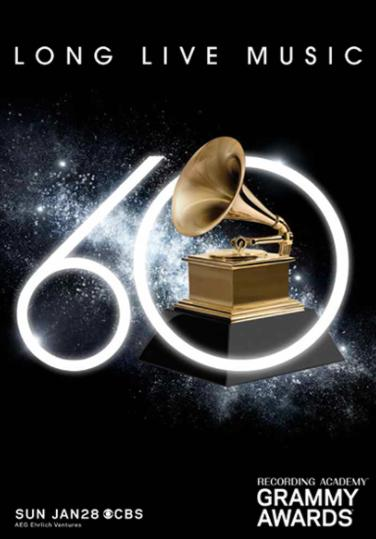 Well, the good news for all you American readers is that it is a LOT easier for you to catch all the action from this year's GRAMMY awards! The show will show on US mega network CBS as well as their website (where you'll STILL need a valid U.S tv license).

For the UK fans... it might be a good idea to get that GRAMMYs hashtag open on Twitter because you just know it's going to be flooding everyone's timelines!

When is the GRAMMYs 2018 going to happen?

.@LadyGaga pushed the envelope, was fueled by every headline, and never settled for ordinary.

No matter the odds, she found a way to rise above, and because of it music has been changed forever.

Who has been nominated for a 2018 GRAMMY award?

Jay Z tops the nominations list with an incredible EIGHT award nods, including album and record of the year. This is followed by Kendrick Lamar with seven, Bruno Mars with six and SZA, Childish Gambino and Khalid grabbing five apiece.

Album of the year:

Record of the year:

Song of the year:

Check out a FULL list of the GRAMMYs 2018 nominations here.

Who is performing at the GRAMMYs 2018?

The list of this year's GRAMMY award performers is ever growing but we know for certain that Lady Gaga will be performing for the fourth consecutive year. Other performers include:

If there was one man you'd want to host the GRAMMYs it would be none other than James Corden and of course, the man himself has been given the honours to bring us all the jokes this year!

Whilst you're here, check out the time Roman took James around London for a cab ride!