Grammy Awards 2014: The 14 Tweets Which Sum Up This Year's Event 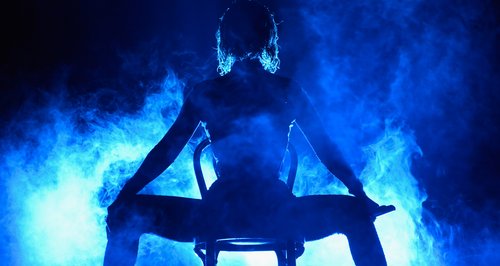 Catch up on this year's massive Grammys show as we lead you through the tweets that made us lol, cry and dance on the night.

The Grammy Awards 2014 took place last night (26th January) out in Los Angeles and saw the likes of Daft Punk and Macklemore winning big, the likes of Taylor Swift and Beyonce bringing down the house with their performances an a certain sharply-dressed superstar stealing the show with his hat (*cough* Pharrell *cough*).

Relive all the best bits from the show, as well as how the rest of the music world reacted to the night's events, through Capital's top tweets from the Grammys 2014:

1). Pharrell Williams embraces the hype around his hat and gets involved in the joke

2). Girls star and creator Lena Dunham echoes what EVERYONE was thinking and backs Taylor Swift for best performance of the night

4). Macklemore texts Kendrick Lamar to apologise for "robbing" his award

5). Grammy performer Bruno shares the love...and declares that it's not all about the awards!

There's no award that could give me what you have already given me. I love y'all! #HooligansForever

6). Pink gets all #emosh as she proudly joins the Grammy performance line-up!

I'm also really super proud as a woman how many females are slaying this year and performing on the best show of the year... Good company

7). Rita Ora makes EVERYONE a bit #jell by getting to hang out with 30 Seconds To Mars frontman Jared Leto

8). Miley misses out on the big night... but texts her "bro" Pharrell to congratulate him on his MANY wins!

9). Lawson's Adam Pitts tweets some love to Macklemore for their ground-breaking performance

What an incredible performance by @macklemore!

10). Even Hollywood superstar Dwayne 'The Rock' Johnson couldn't get over seeing 34 people married live during Macklemore's performance of 'Same Love'...

That was one of the coolest things Ive ever seen on TV. Macklemore & Lewis, Queen Latifah, Mary Lambert & Madonna. #SameLove #GRAMMYs

11). Pitch Perfect star Anna Kendrick gets her 'fangirl' moment as she meets the one (and only)... Beyonce!

Guys, it happened. I met Beyonce. And she is an angel. And I am not worthy. And I will never stop shaking. #PatheticFanGirlOfTheYear

Congrats @BrunoMars you are incredibly talented and deserve the win!

13). Katy Perry manages to summarise her performance in just one word...

14). Jessie J share the love with her fellow BRIT School alumni Adele on her win!