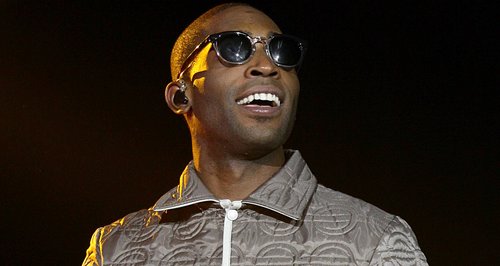 The stars chat to Capital ahead of today's huge nominations announcement.

Tinie Tempah, Ellie Goulding, Will.i.am and John Newman have all spoken exclusively to Capital about the possibility of being nominated for a BRIT Award this evening (9th January).

Speaking to Capital's showbiz reporter Kevin Hughes ahead of the reveal, Tinie said: "It would be huge! I wasn't event really thinking about that, seeing as I ended up releasing my album so late.

Tinie Tempah on the possibility of a BRIT nomination...

"If that was to happen I would be over the moon," Tinie continued. "The first time it was such a life-changing moment for me that I couldn't even imagine what I'd feel like if it happened again."

Hotly tipped fresh artist John Newman was similarly excited about the possibility of a nod for one of his singles or newly released debut album 'Tribute'.

"I mean, we were nominated with Rudimental for Best Single last year and that was enough for me, I could walk away happy now, but I can't because I'm too much of a perfectionist," he exclusively told Kevin. "It would be lovely to see nominations, but I'm not going to get too big for my boots.

Meanwhile, will.i.am had a funny response to how he would feel to be nominated, telling Capital: "If I got a BRIT nomination I'm officially moving to the UK! Forget the States, I'm here all the time!"

Will.i.am on the possibility of winning a BRIT Award...

Listen to what Ellie told Capital about the possibility of a nomination for the BRITs 2014 below:

Ellie Goulding chats to Capital about the BRIT Awards 2014...