BRITs 2015: 16 Of The BEST Twitter Reactions Leading The Internet Chat 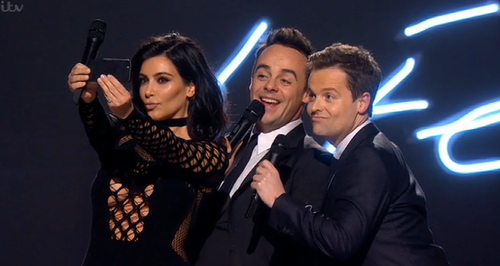 With another headline-grabbing BRIT Awards show dominating the music calendar Twitter had some pretty hilarious bants, so we couldn't help throwing just a couple on to the site for y'all to enjoy!

From Kim Kardashian selfies, show stopping performances, and what looked to be a leaky roof! The BRITs had some entertaining moments over the two hours it was broadcast on our tellies, and because NO ONE reports on the news better than Twitter, we pick our favourite Tweets from the evening:

2. It'd seem Kanye's built himself a rep... We can't think of any reasons as to why.

Did they manage to fit Kanye's ego through the door? #BRITAwards #BRITs2015

3. Lots of love for Ed Sheeran, definitely a night worth dressing up for eh Ed?!

I love @edsheeran for how he performs, using his own craft on the spot. It's so inspirational. Good work Ed! @TheBRITAward #BRITAwards

4. If ever there was going to be a health and safety risk during the night we're pretty sure this would've been it!

when you feel like kim but you're really ant and dec pic.twitter.com/EoyPZRzZo3

6. This was def the scene in Kanye's dressing room

Poor Madonna! Meanwhile, Kanye's backstage like, "I told them to let me close the show!" #BRITAwards pic.twitter.com/W832i9In8x

7. The BRITs really did rep the UK good and proper

Nice to see the British weather getting represented at The Brits

"Karlie Kloss is so tall!!" its almost like its her job

10. Kanye nearly shut down the O2 with his shenanigans

Waiting on Ye to perform like. They've been hyping Kanye for the longest. I'm ready for him to come out#BRITAwards pic.twitter.com/C7QCoikU0D

For future reference, Kim. That's how you break the internet. #capegate

15. Maybe one chat up line to be avoided around Madonna right now

16. We thought Capital's Dave Berry looked a bit different next to Lisa Snowdon on stage