The 'Babel' stars beat the likes of One Direction and Muse to take home the prize.

Mumford & Sons have been named the winners of British Group at the BRIT Awards 2013.

The 'Lover Of The Light' stars beat the likes of The XX and One Direction to take home the prize inside London's O2 Arena.

The prize was the band's second of all time and the four-piece were visibly taken aback as they took to the mic.

"We weren't really expecting that," declared lead singer Marcus Mumford. "We haven't ever taken the time to thank anyone who's come to our gigs."

"It's a surprise," he added. "We love being British and going around the world and telling people we're British."

Skyfall actress Berenice Marlohe and Simon Pegg presented the award with the comedian joking the pair were dating as they arrived on stage. 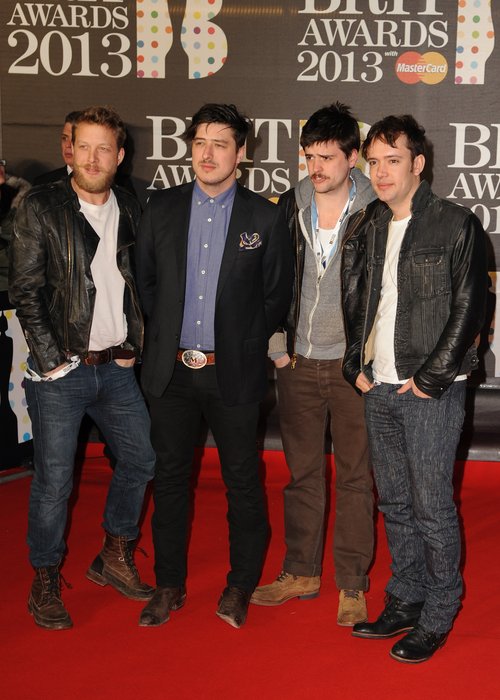