Ready To Rhumble? Ant And Dec Announced As New Hosts Of BRIT Awards 2015 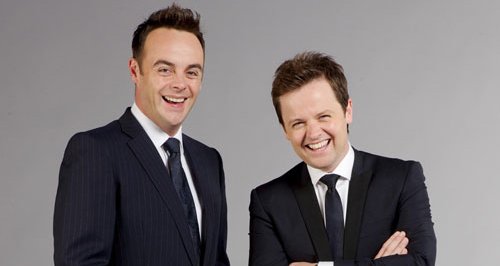 The TV duo have been named as the hosts of the iconic music awards taking place in February.

Since James Corden hung up his BRIT Awards presenting hat this year, speculation has been rife over who would take his place hosting next year’s awards show.

The suspense is finally over as Ant and Dec have been confirmed to be hosting the BRIT Awards with Mastercard next year, taking place on Wednesday 25th February at London’s O2 Arena, and broadcast live on ITV.

It’s not Ant and Dec’s first time hosing the awards however, as the pair ran the show at the 2001 awards.

“We're especially excited now we're No.1 recording artists ourselves. We'll be offering our advice to the fledgling pop stars backstage as to how to have a No.1 hit, as long as they're prepared to wait 19 years for their records to top the chart like ours did!"

BRITS Chairman Max Lousada added, “Ant & Dec are two of the most popular TV broadcasters this country has ever produced and it’s a real honour to have them take centre stage once again to host the BRITs. It’s great that these two pillars of British TV will be part of a night about celebrating icons in British music.”