Bruno is set to turn London's Hyde Park into a huge dancefloor and you have got to be there when he does!

On 14th July 2018, the one and only Bruno Mars is bringing his wrold reknowned live show to London for one night only and it's undoubtedly gonna be one epic show.

Barclaycard Presents British Summertime Hyde Park - Bruno Mars will see the Hawaiian superstar performing hits from across his multi-platinum selling albums and comes fresh off the back of his sold out '24K Magic World Tour'. 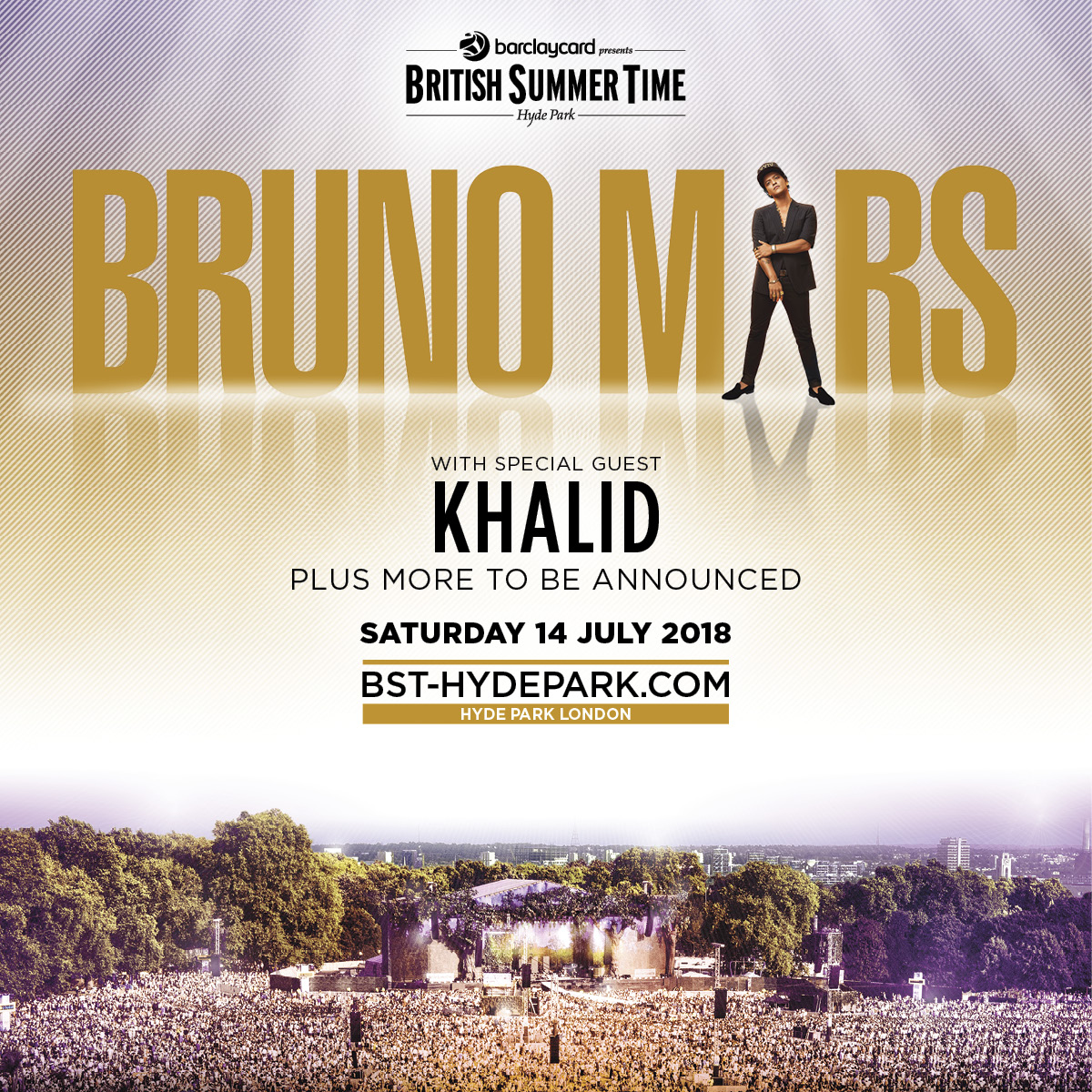 With his such as 'Treasure', 'Just The Way You Are', 'Uptown Funk' and so many more, Bruno's live show always has audiences on their feet from the beginning until the end and this time he won't be alone either.

Bruno will be joined by U.S. sensation Khalid, whose debut album 'American Teen' went Platinum earlier this year. There are also set to be further artists announced for the line up, so you'll need to get your tickets fast before they're all gone!

Whilst you're here, treat yourself to some 'Versace On The Floor'...