The 'Begin Again' singer's shows on her latest jaunt could be set to feature in a new live concert movie.

Taylor Swift is rumoured to be filming a new live tour DVD on her current 'Red' outing after fans took noticed of signs placed at each venue.

The posters inform those in attendance that the gigs are being recorded – with many fans speculating either a live music video or full concert DVD could be in the works.

The star's last live album and DVD came in 2011 when she hit the road on her 'Speak Now' world tour.

Taylor has been joined by British star Ed Sheeran on her new tour and was last week seen on stage with rapper Nelly.

The pair performed a duet of the star's new single 'Hey Porsche' in his homewtom in St.Louis.

Check out a picture of Taylor Swift on her 'Red' tour below: 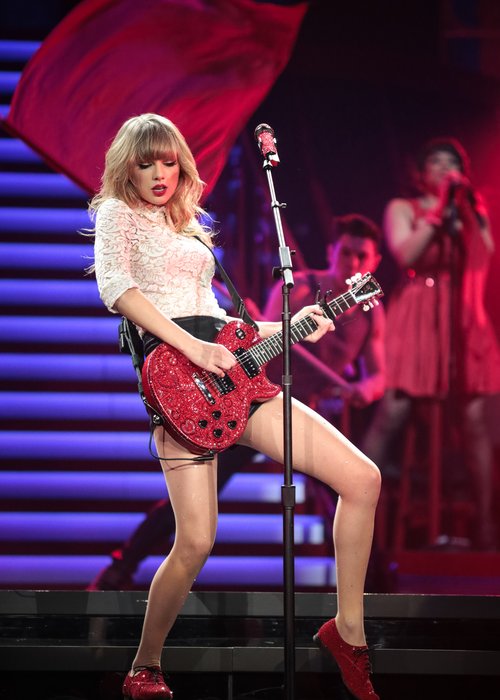 The country star has also been taking to Twitter to reveal how much fun she's been having on her tour.

"This tour is making me so happy," she tweeted to her fans.