The '22' star also performed on the night with fellow touring star Ed Sheeran, Nicki Minaj and Will.i.am also on stage.

Taylor Swift was crowned the big winner of the night after picking up a total of eight prizes at the Billboard Music Awards 2013 last night (19th May).

The country star won the top prize of the night for Top Artist and gave a performance of her smash hit single '22'.

One Direction, who are currently on the road with their 'Take Me Home' world tour were also among the winners scooping a total of three awards.

It was also a good night for fellow British stars Adele and Mumford & Sons who also took home awards.

Justin Bieber was one of the most talked stars of the evening and had an up and down night after being booed as he went to collect one of  his three prizes and performed twice. 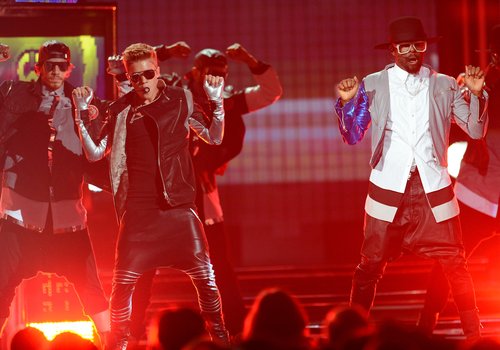 He was also pictured sharing a kiss with Selena Gomez – hinting at a possible reunion between the pair.

Bruno Mars, Ed Sheeran and Jennifer Lopez also performed at the event with Miguel's live set one of the most talked about.

The musician failed to jump over a section of the crowd during his performance and ended up landing on two members of the audience.