"It's Not Her Fault": Ed Sheeran On Nicki Minaj & Taylor Swift VMA Feud As They Make Up

Taylor apologised to Nicki saying she “missed the point”, Nicki has accepted the apology and Ed's had his say on the whole thing. Phew!

No sooner did Katy Perry seemingly wade into THAT ongoing Twitter spat between Taylor Swift, Nicki Minaj and (apparently) everyone else in the world, did Taylor herself issue an apology to the ‘Anaconda’ star - and Nicki accepted.

MTV VMAs 2015 - Check Out All Of The Nominations

The pair had an exchange of tweets this week in the wake of the MTV VMAs 2015 nominations announcement, which saw Taylor taking offence to Nicki’s tweets, believing the rap star was suggesting Taylor had only been nominated because she was slim.

And after some back and forth, it seems Taylor is admitting fault on this one, and posted an apology tweet to Nicki Minaj last night.

“I thought I was being called out. I missed the point,” Taylor tweeted. “I misunderstood, then misspoke. I’m sorry, Nicki. @NickiMinaj.”

I thought I was being called out. I missed the point, I misunderstood, then misspoke. I'm sorry, Nicki. @NICKIMINAJ

That means so much Taylor, thank you. @taylorswift13

I've always loved her. Everyone makes mistakes. She gained so much more respect from me. Let's move on. https://t.co/mx9pfIdnzT

Tay Tay is up for the biggest award of the night, Video Of The Year, but Nicki was NOT impressed her efforts with ‘Anaconda’ were left off this year’s list.

Following the nominations announcement, Nicki posted a tweet which Taylor took to be aimed at her, saying, “If your video celebrates women with very slim bodies, you will be nominated for vid of the year." 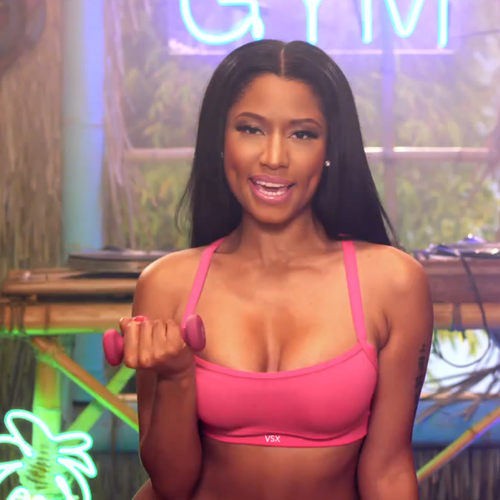 Swifty took offense to the suggestion that she was only nominated because she is slim, and wrote back to Nicki, “I've done nothing but love & support you. It's unlike you to pit women against each other. Maybe one of the men took your slot.”

Nicki then went on to deny that the tweet was aimed at Taylor and her bevy of gorgeous women in her ‘Bad Blood’ video, and their exchange kind of went down like this:

@NICKIMINAJ I've done nothing but love & support you. It's unlike you to pit women against each other. Maybe one of the men took your slot..

Huh? U must not be reading my tweets. Didn't say a word about u. I love u just as much. But u should speak on this. @taylorswift13

@taylorswift13 I'm still confused as to why u just tweeted me when I made it abundantly clear... pic.twitter.com/A5kJyi6fQC

However Taylor tried to make amends, and said Nicki was always welcome on stage with her if she were to win the coveted award.

@NICKIMINAJ If I win, please come up with me!! You're invited to any stage I'm ever on.

Nicki on the other hand went on to retweet posts from her fans calling Taylor out for tweeting Nicki:

Believe it or not, there are some things that are so much BIGGER than you, @taylorswift13. You owe @NickiMinaj an apology.

nicki was making valid points about the history of racism in the music industry, taylor should be standing by her not making it about her

I'm baffled as to WHY @taylorswift13 felt the need to come at @NickiMinaj for speaking on behalf of unsung black female entertainers..

.@taylorswift13 stop using "support all girls" as an excuse to not be critical of racist media that benefits and glorifies you

Taylor and Nicki's feud definitely sparked a trend - Bruno Mars decided he wanted to get involved and called Ed Sheeran out on Twitter:

Yo I want in on this twitter Beef!! VMAs is the new WWF!! @edsheeran Fuck You!

@BrunoMars any way we do dis you gon' come up short

That Cut deep..U always know how to sheer me to the core. I can't believe we're Sheeran this in public. How dare u! https://t.co/fdYOVnlScF

@BrunoMars but all my crew know that Bruno has eyebrows dat be uno. And plays Cluedo with SuBo, but you lose coz you blow

When Ed was quizzed about the goings on by The Daily Telegraph he added, "She didn't nominate herself for the awards. It's not her fault, she just made some good videos and people think they're good… And I think the Minaj point is a bit redundant, her point is that you have to be skinny and white to get a video of the year nomination but Beyonce's '7/11' is in there and that is celebrating the female figure in every form."

Taylor's former BFF Katy Perry also weighed in on the debate, implying that it was hypocritical to claim Nicki was pitting women against each other when Taylor had done the same to Katy in her 'Bad Blood' video:

Finding it ironic to parade the pit women against other women argument about as one unmeasurably capitalizes on the take down of a woman...

Nicki replied to Katy with a kiss face for her support:

Let’s hope all this doesn’t affect Taylor and Nicki's friendship – we loved ‘Anaconda’ JUST as much as ‘Bad Blood’ - and it looks like the two of them might have put all this behind them for good.