Taylor Swift Not Getting Back Together With Ex-Boyfriend John Mayer

The ' 22' singer was said to have been seen getting close with the musician at the ACM Awards recently.

Taylor Swift is not planning on getting back together with her ex-boyfriend John Mayer, it has been revealed.

The 'We Are Never Ever Getting Back Together' singer was reportedly spotted getting close with the musician after the recent Country Music Awards in Las Vegas.

Sources claimed to Grazia that they spotted each other on the red carpet and were later "deep in conversation" at an after party.

"They snuck off to a corner and were all over each other," a source told the fashion publication. "At one point she had her hands on his knees, with him holding her waist – they were so deep in conversation."

However, a publicist for the 'Begin Again' has since quashed such reports.

They said: "There is no truth to this... whatsoever." 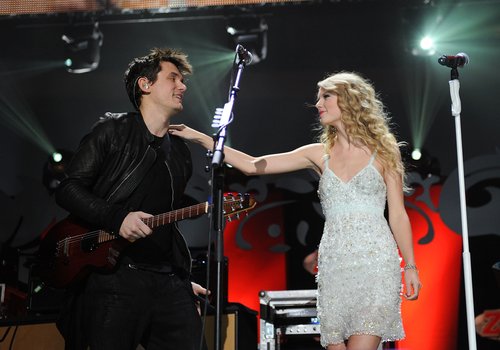 John broke up with Katy Perry at the start of this month, confirming the news to Ellen DeGeneres.

Taylor also ended her short romance with One Direction singer Harry Styles at the start of the year and has since been linked with a series of her former flames – including Conor Kennedy.