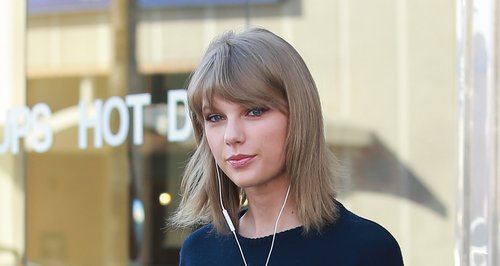 Is Taylor poking fun at all of THOSE rumours about her pricey pins?

Last rumours were rife that Taylor Swift had insured her never-ending legs for a whopping $40 million dollars, but after all that it may just have been hear-say judging by Tay Tay's latest tweet!

The 'Style' superstar seemed to poke fun at the rumours with a HILARIOUS tweet that saw her post a picture of a huge scratch on her leg...caused by none other than her adorable cat Meredith!

Yep, Taylor broke the news that her feline friend now seems to owe her a cool $40 mil, although something tells us Meredith would be left significantly in the red if Ms. Swift comes to collect.

GREAT WORK MEREDITH I WAS JUST TRYING TO LOVE YOU AND NOW YOU OWE ME 40 MILLION DOLLARS pic.twitter.com/Zsaa08EqPS

We reckon Taylor deserves a puuurfect apology from Meredith The Cat ASAP!