The 'Begin Again' singer was seen visiting a fitness club in West Hollywood this weekend.

Taylor Swift was seen showing off her legs as she was snapped coming back from an early morning gym session this weekend.

The 'We Are Never Ever Getting Back Together' star was all smiles as she rocked a tiny pair of black shorts and a hooded jacket with the word 'pink' on the front.

Taylor had just visited a West Hollywood fitness club when paparazzi caught a glimpse of her heading home.

The Daily Mail claims the singer has taken up a new craze called Ballet Bodies.

Check out the picture of Taylor Swift leaving the gym on Sunday (27th October) morning below: (Picture: Splash) 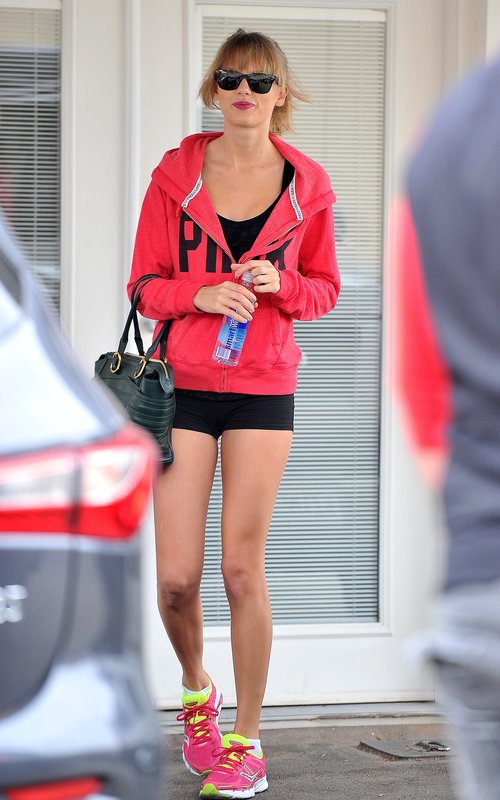 Meanwhile, the singer was recently seen out in South Africa filming scenes for new movie The Giver.

She has also been teasing details of her next record and told fans she will be "changing" things up on her fifth album.