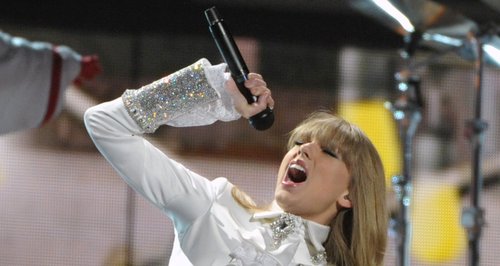 Sir Paul McCartney and Ringo Starr have also been announced as taking to the stage for the huge industry event this month.

Taylor Swift is among the latest set of names to be added to the performers line-up for the Grammy Awards 2014.

The 'We Are Never Ever Getting Back Together' star is shortlisted for four prizes on the night and will take to the stage for the second year in a row.

Macklemore & Ryan Lewis, who are up for a total of seven awards, have also been added to the line-up for this month's show.

Daft Punk, Katy Perry and Robin Thicke were previously announced as some of the first performers for this year's industry event.

Check out the full performers line-up for the Grammys 2014 below: