From Paying Off Debts To Visiting Fans: 13 Reasons Taylor Swift's The NICEST Person In Pop

Here are just 13 examples of the AMAZING way Tay's thanked her loyal #Swifties.

Taylor Swift is, without doubt, the QUEEN of giving back - and she's never shy to say thanks to her loyal #Swifties with some rather lovely gestures.

From paying off their debts to providing emotional support, here are our favourite ways that Tay Tay has said thanks to her fans:

1. When she visited a children's hospital and took selfies with the patients

During a trip to Australia, Taylor took time out of her schedule to pop in to Lady Cilento Children's Hospital to spend some time with some of her young fans - and she made sure to take selfies with them too. Warning - this will MELT your heart!

2. When she made a super-fan’s dream come true… and danced to ‘Shake It Off’ with him!

The moment Taylor proved she LOVES to give back to her fans came when she invited 7 year-old Dylan Barnes backstage at her ‘1989’ show for a dance-off, after a video of him showing off his ‘Shake It Off’ moves went viral on the Internet.

Finally got to meet Dylan, the 7-year-old who passionately danced to Shake It Off on Ellen--- and this happened.

3. She defied her record label to let a theatre group use her song.

Australian theatre group Belvoir were all set to use 'Shake It Off' in their play Seventeen, about the last day of school, but acted out by 70-year-olds, until her label blocked use of the song at the last minute. After a Twitter campaign lasting just 7 hours, Taylor sent the Aussies permission to use the track, and cemented herself as one of the nicest people in pop!

4. Swifty flew all the way to Ohio to go to one fan's bridal shower

Is Gena Gabrielle a Swifty or Taylor's actual BFF? Tay surprised her by flying all the way to Ohio for her bridal shower, after meeting her during a M&G in 2007, and the pair are pretty firm friends. 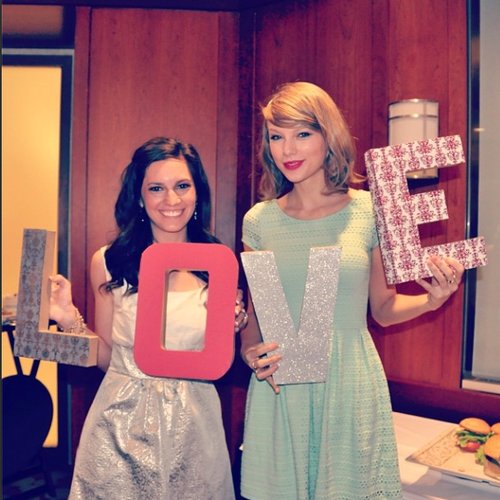 She actually cares SO much about every individual fan - and is known to post heart-felt messages to those going through a hard time to help them through. Aww! 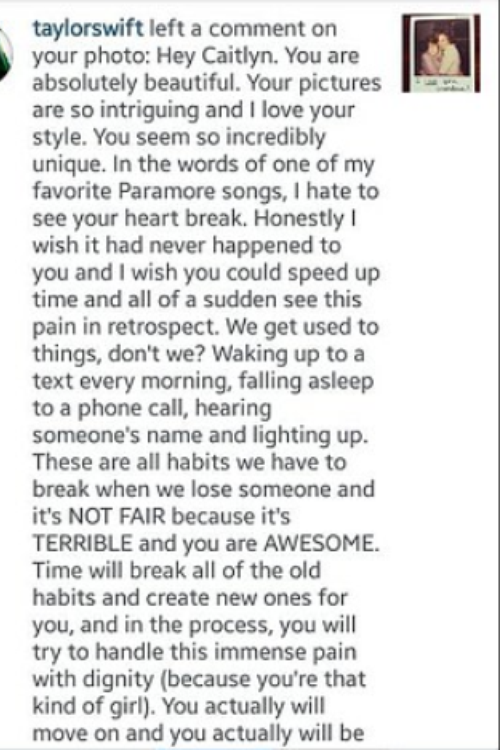 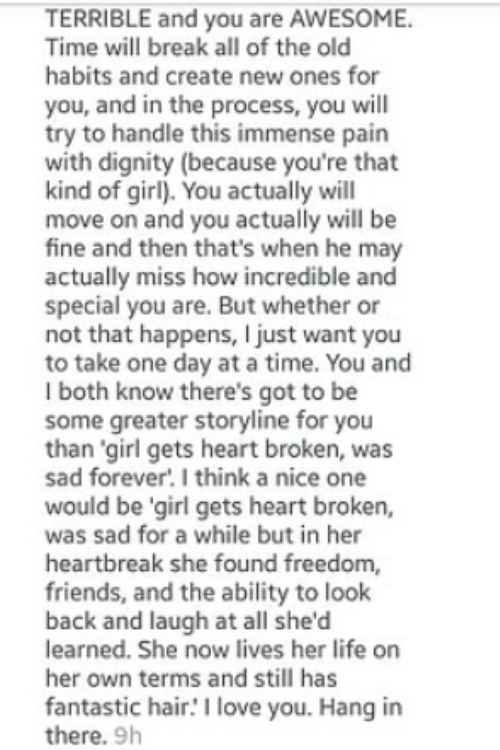 6. She even tracked down one fan that was going to the Grammys especially to see Taylor, and posed for selfies!

When Taylor found out one of her Swifties, Jill Ralke, was going to the Grammys specially to get a glimpse of Taylor, she made it her mission to track her down in the crowd and pose for selfies to make her trip complete. 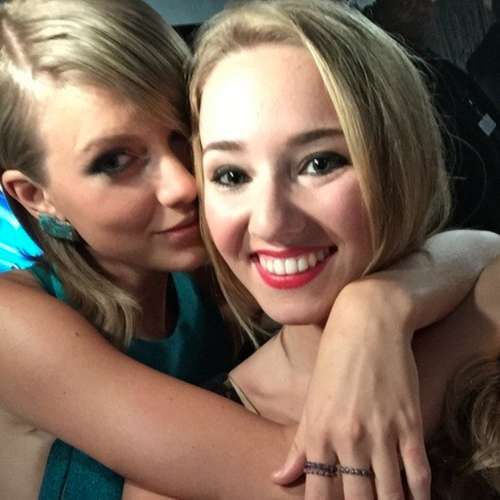 7. She held her #1989Secret Sessions in her ACTUAL houses to allow a handpicked group of fans to hear her new album first

Lucky fans were hand picked by Taylor to come to the listening sessions at her houses in LA, New York and Rhode Island, her mum's place in Nashville and a hotel in London, where they got to hang out with Tay Tay and listen to '1989' before anyone else.

8. Those lucky fans not only got to listen to the album, but eat cookies baked by Taylor's own fair hands too!

She literally made them! Herself! Imagine the tasty delicious treats that Ms Swift can bake?! 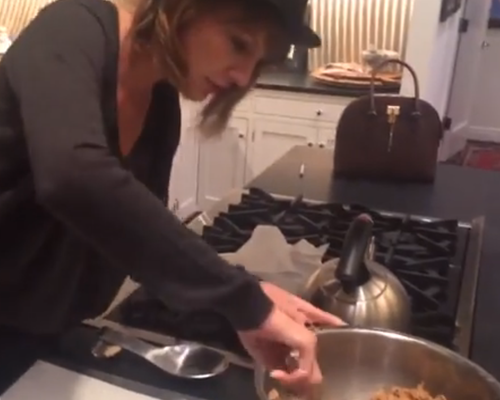 9. Her fans were also used as extras in her 'Shake It Off' video

Never one to do things by halves, when Taylor was asked to pick extras OF COURSE she got her army of Swifties involved in the video too.

Taylor sent some of her fans HUGE boxes of Christmas presents, all hand picked and wrapped by the lady herself according to things she thought each fan would like. This lucky fan, Ally Moronese, posted: "So today I received an early Christmas present from @taylorswift she sent me a package in the mail and a bunch of presents. There is no way I can even DESCRIBE the things I am feeling."
"I am so thankful for her, and what she has done for me. And I know I'm always posting about her but this is WHY I DO. I can't stop crying, knowing she loves me is more then anything I ever expected in my life. The card she wrote me is so beautiful, everything she sent me IS BEAUTIFUL TBH. I am so happy and so blessed right now I don't know what to say. But thank you taylor swift I love you so much!!!!!!!!" 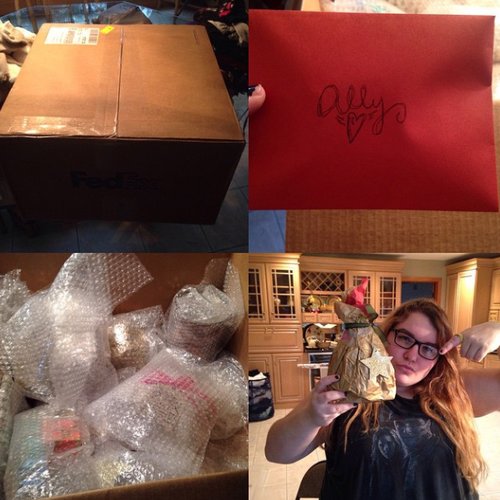 11. She likes to do a bit of 'Taylurking' on her fans - and knows ALL about them

She's well known for creeping on her fans social media profiles - and she knows a lot about her diehard followers. So just think, the next time you tweet @taylorswift13, she MAY well Twitter stalk you back! 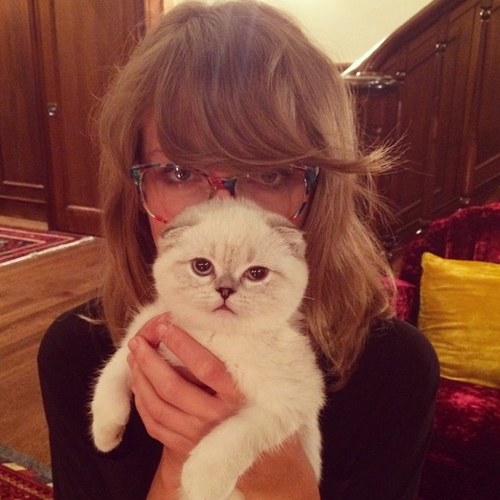 12. She also bought one fan's two-year-old child a motorised car as a surprise gift

When Taylor bumped into into a fan in Central Park, not only was she happy to pose for a bunch of photos but when she heard that the girl was off to Chipotle for lunch, she gave her $90 for the meal. We're basically counting that as a dinner date with Swift! 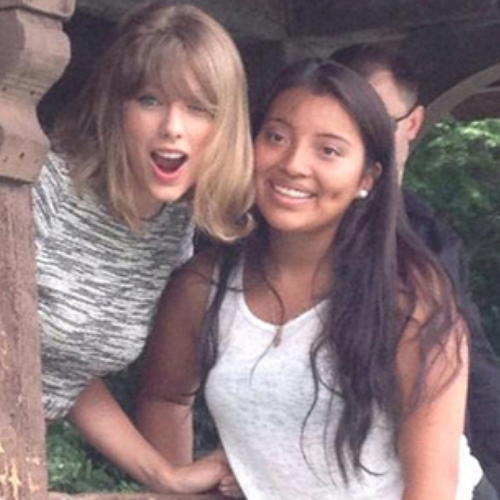