Watch the moment an over-zealous fan decided to crash to stage in London.

The opening night of Taylor Swift's 'Red' UK tour saw a brave ran rush the stage to deliver a note to the singer.

The incident occurred on Saturday night (1st February) during the finale of her song 'We Are Never Ever Getting Back Together'. (Picture: Flynet) 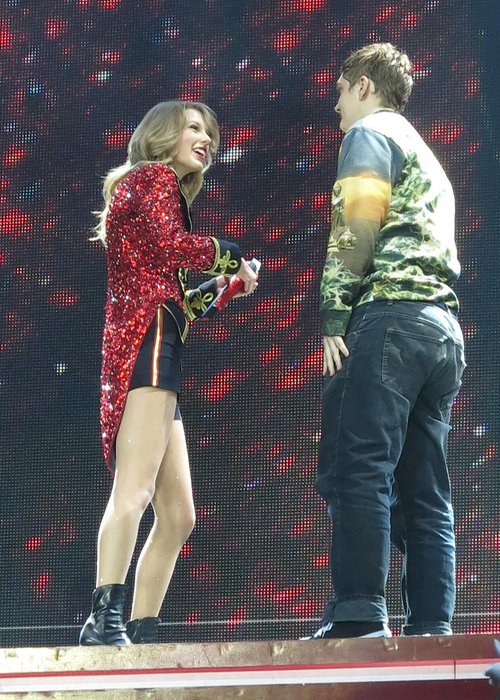 It's unknown as to what the message contained (make your own minds up on that one) but Taylor carried on regardless and finished her show every inch the professional.

The fan was quickly escorted off the stage by two members of the security team.

Her first night of the 'Red' tour also featured an appearance by close friend Ed Sheeran, who came out to perform 'Lego House'.
Last night's (2nd February) show featured Sam Smith as they performed his debut single 'Money On My Mind'.

The "Red' UK tour will continue tomorrow night before a quick visit to Berlin and back at London's O2 for another two nights on 10th and 11th February.