The 'Begin Again' singer thanks her fans for their support two shows into her new outing.

Taylor Swift can be seen posing with Ed Sheeran and a group of her friends backstage on her 'Red' world tour in a photobooth.

The 'We Are Never Ever Getting Back Together' star shared the image with her followers on Twitter and thanked everyone who had come along to see her new tour.

"To everyone who came to see us these past 2 nights in Omaha, thank you for your screaming and dancing and singing," she tweeted. "I'm driving away smiling."

The jaunt kicked off on Wednesday 13th March with two nights in Omaha, Nebraska.

British star Ed unfortunately had a tough start of the tour after he was filmed falling over on stage during the first night.

Check out the photobooth picture of Ed and Taylor together below: 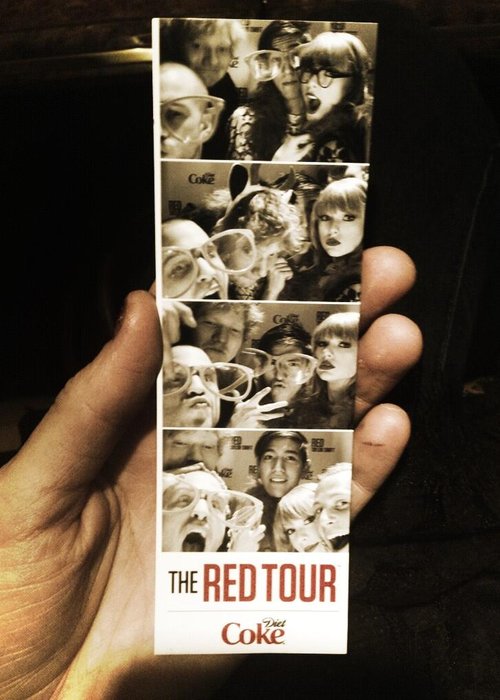 The 'Red' tour will continue next week on 18th March with two shows at the Scottrade Center in St. Louis.

Meanwhile, both stars have been forced to deny reports they are currently dating with Ed admitting he felt like "a stud" with all the rumours swirling around his personal life.