The '22' singer and the 'Lego House' man were spotted enjoying a walk at Franklin Canyon Park this weekend.

Taylor Swift prepared for a big night at the American Music Awards 2013 by heading out on a hike with pop pal Ed Sheeran.

The 'We Are Never Ever Getting Back Together' singer donned a tiny [air of black shorts for her trek at the Franklin Canyon Park this weekend.

Ed opted for some large baggy shorts and a t-shirt with Taylor's bodyguard accompanying them on the trip.

Both stars were rocking the shades as they took in the gorgeous Los Angeles sunshine.

Check out Ed and Taylor on their Franklin Canyon hike below: (Picture: X17 Online) 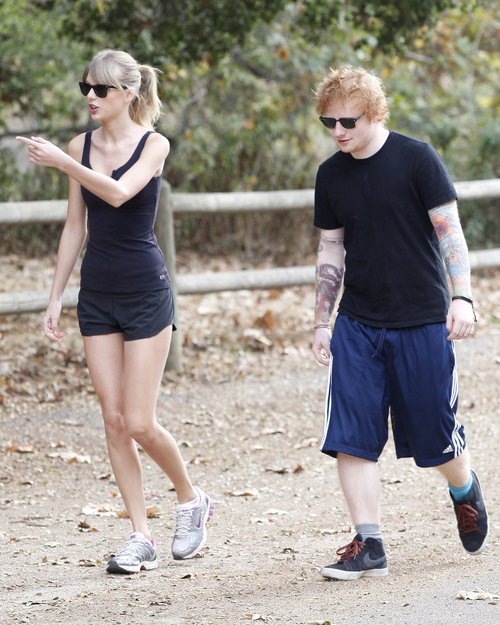 Taylor was the big winner at last night's AMAs 2013 taking home four awards including the Favourite Artist prize for a third year.

Other winners on the night were Justin Timberlake, One Direction and Ariana Grande.