The '22' star shares a photo of the pair on one of the rides in Orlando, Florida.

Taylor Swift took to her Twitter account last night (12th April) to say she had the "best day ever" riding rollercoasters with Ed Sheeran and friends at Disney World.

The country singer's 'Red' tour has been in Florida this week, and the stars took a day off relaxing at the theme park.

The 'We Are Never Ever Getting Back Together' singer posted a snap of herself with the 'Lego House' man on one of the rides with their hair blown back and Taylor screaming.

She also posted another of herself on the Tower Of Terror ride. 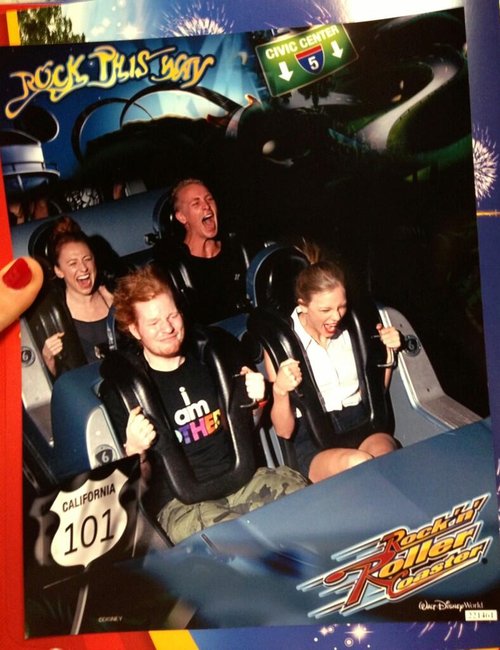 The 'Red' tour has been underway since March and Taylor has been joined by some special guests along the way – including Nelly, Neon Trees and Pat Monahan form Train. 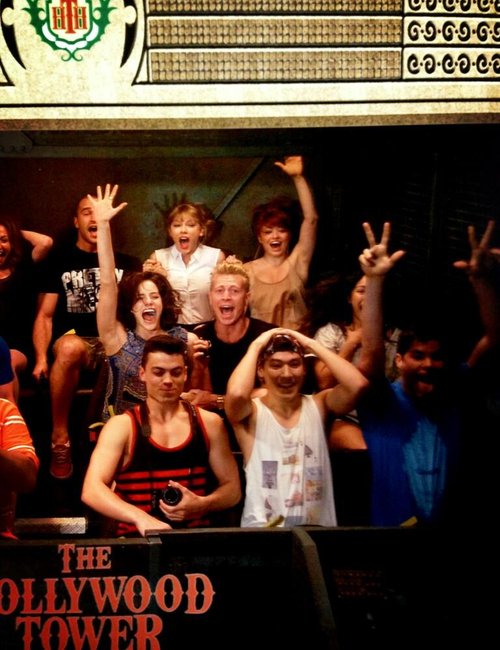 The clip sees the star penning her smash hit '22' before heading on stage for a live performance.

Ed Sheeran is also currently working on his new studio album and the follow up to '+'.