Taylor Swift Just Gave Us ALL Of The Feels With This Totes Emosh B-Day Message To Ed Sheeran!

Taylor gushes about her BFF Ed and it'll make you feel MORE than a little emotional...

We’ve always had a soft spot for the BEAUTIFUL friendship between Taylor Swift and Ed Sheeran but this latest moment between the pair may just be a little too much, even for us!

GRAMMY Winner, Taylor Swift's Reactions Are PRICELESS... And Here's Our Fave GIFs To Prove It!

Taylor’s posted a gushing letter on Instagram to celebrate Ed’s 25th birthday this week and it’s likely to leave you in tears by the end. Tay Tay… you wily minx!

The post is all about Taylor reliving the first time Ed ever played her ‘Thinking Out Loud’, the song that earned Ed two Grammy Awards this past weekend, as well as how much their friendship means to her.

“Looking back on the highlights of my life there’s a moment I’ll never forget from a day in London about two years ago,” Taylor began. “I was in town to play the O2 and I was out shopping on my day off.

“My friend Ed Sheeran met up with me in this little shop where I was buying ballet shoes. He walks in and says, ‘You have to hear this new song. I think it’s the best one I’ve ever written’.

“And then as usual he pulls out his phone and gives me headphones. I sat there on a bench in that store and heard ‘Thinking Out Loud’ for the first time, as little kids were picking out tutus and leotards next to us,” she continued. “Little did we know it would go on to be first dance song at countless weddings all over the world, become Ed’s biggest hit, and eventually go on to win Song Of The Year at the 2016 Grammys.

“Ed and I had been on your together all year on the ‘Red’ tour and we saw each other almost every day. I lived for the moments he would burst into my dressing room with a new song to play me. 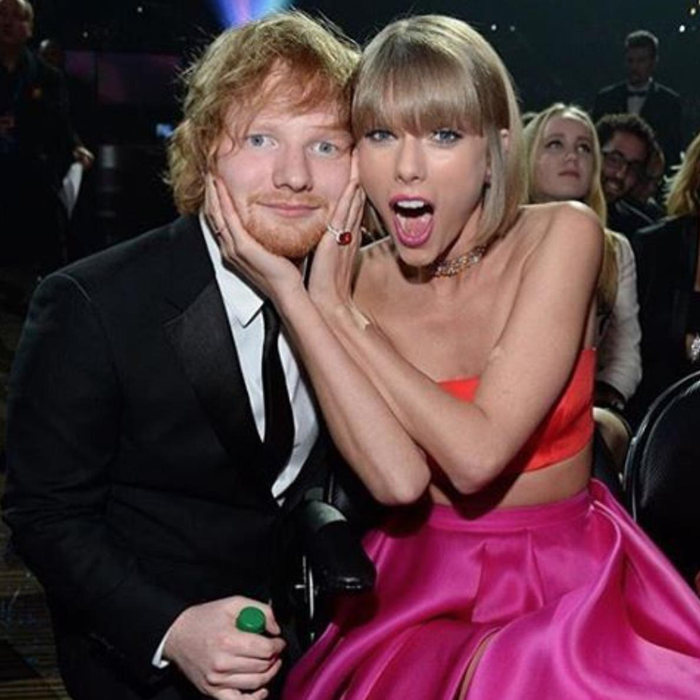