The 'Begin Again' singer responds to negative comments about writing songs based on her relationships.

Taylor Swift has hit out at critics who claim she is "clingy and insane" for writing songs about her ex-boyfriends.

The 'We Are Never Ever Getting Back Together' star told the latest issue of Vanity Fair magazine that turning her words and emotions is "frankly a little sexist".

"For a female to write about her feelings, and then be portrayed as some clingy, insane, desperate girlfriend in need of making you marry her and have kids with her, I think that's taking something that potentially should be celebrated," she explained.

"A woman writing about her feelings in a confessional way—that's taking it and turning it and twisting it into something that is frankly a little sexist."

The singer said she intentionally stays clear of tabloid culture because they can turn someone into a "fictional character".

She added: "It's why I have to avoid the tabloid part of our culture, because they turn you into a fictional character."

Check out a picture of Taylor Swift on the cover of the new Vanity Fair magazine below: (Picture: Peter Lindbergh/Vanity Fair) 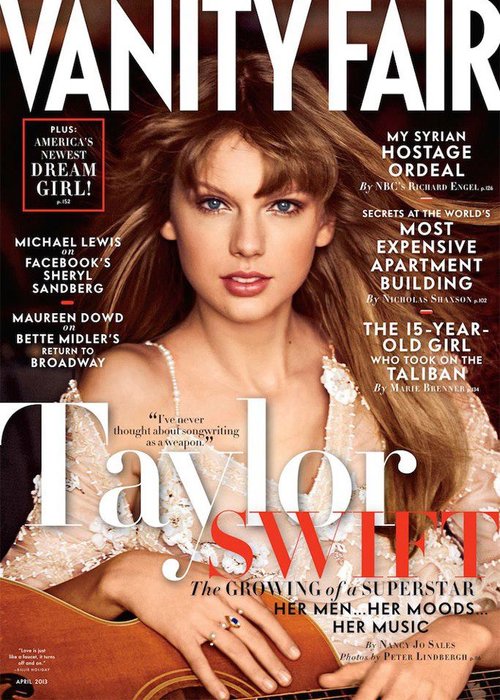 During her interview, she also had a representative discuss her break-up with Harry Styles – claiming it was due to the One Direction man constantly looking at other women.

It was also claimed the boyband star pursued the country star for over a year before they finally got together.

Meanwhile, Taylor is preparing to hit the road with Ed Sheeran on her 'Red' world tour later this month.