The 'Begin Again' singer speaks about making a transition into the pop world.

Taylor Swift has admitted that one of the "happiest" things to have happened to her over the past year is the loyalty country music has shown to her.

The 'We Are Never Getting Back Together' singer hit the mainstream charts with a more pop sound and said it's great the genre she grew up in has been accepting of her change.

"I think one of the things that I'm happiest with, in the last year, is the acceptance level in country music for me experimenting and for me trying to evolve and challenge myself musically," she told the examiner.

She continued: "I think it's never felt better to be on that stadium stage performing knowing that everyone's been so welcoming of change." 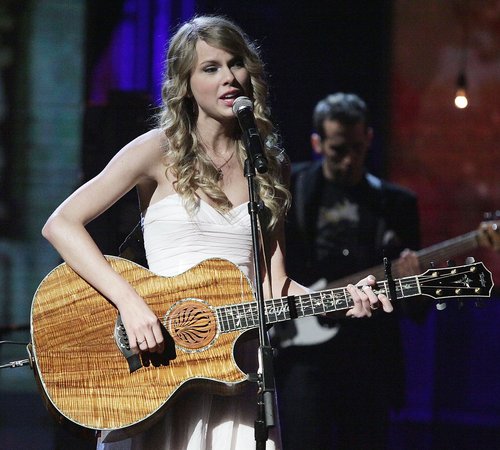 Taylor is currently on the road with her 'Red' world tour outing and has been joined by British act Ed Sheeran for the jaunt.

She also recently joined the Rolling Stones on stage earlier this month, calling the experience the best of her career.