The chat show host says he disagrees with the content of the promo and says what should really be going on.

The US chat show host takes offence to certain aspects of the promo and says it's not a true reflection of life at that age.

"When you're 22, you're not living in that apartment," he declares. "You're living in a really crappy $380 a month apartment in the mid-Wilshire district in Los Angeles."

He continues: "I didn't see any ramen noodles in that video, because that's all your eating when you're 22." 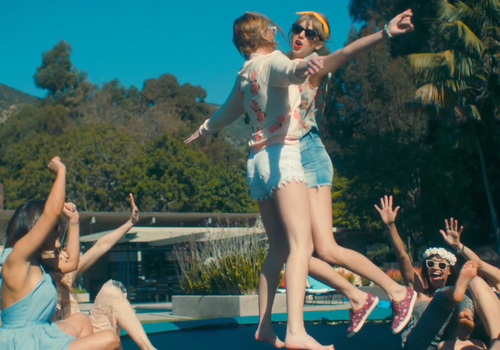 He also goes on to talk about the choice of vehicle, stating: "I didn't see her driving a 1973 Plymouth Valiant, that she bought form some surfers in Santa Monica.

He also said that nights are spent watching Saved By The Bell episodes and sometimes you spice up your life by eating a bowl of Lucky Charms.

A parody video of the track also emerged online last month which was called '32' and looks at life ten years on.