Did Calvin Put A Ring On It? Coachella Picture Of Taylor Swift Sparks Engagement Rumours!

See the picture that has EVERYONE saying Taylor’s rocking an engagement ring.

Look closely at the picture below… do you see what we do? Yes… the world is CONVINCED Taylor Swift and Calvin Harris may just have gotten secretly engaged.

Beady-eyed fans spotted what sure looks like it could be an engagement ring on the singer’s left hand while she was posing for an Instagram snap with BFF Karlie Kloss and some of the other #Squad members at Coachella Festival at the weekend.

Of course pretty much EVERYONE has been talking about  since - as they speculate whether Taylor and Calvin have taken the next step in their romance.

Neither source have commented yet - but a Coachella Festival engagement sure SOUNDS like a possibility! 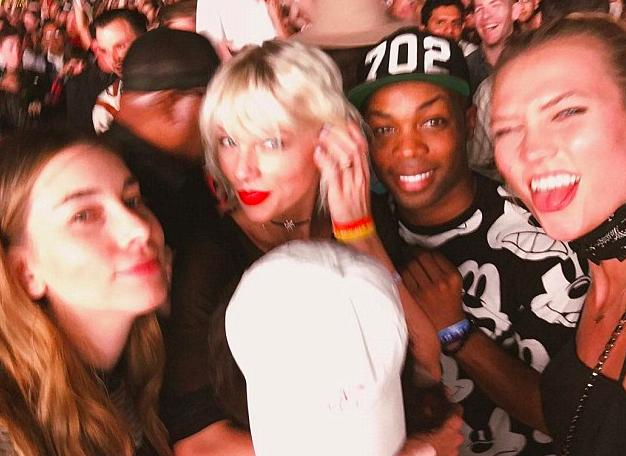