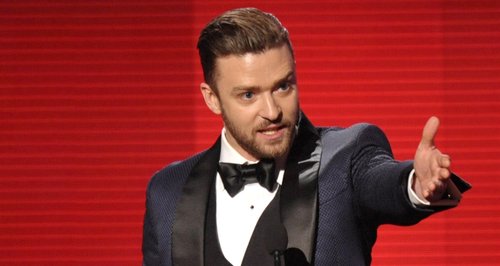 The '22' singer took home the coveted Artist Of The Year prize for the third consecutive year at last night's ceremony.

Taylor Swift was the big winner of the American Music Awards 2013 last night as she took home four prizes.

Justin Timberlake, who was among the top nominees also scooped three awards including Favourite Male Artist (Pop/Rock) and performed his new song 'Drink You Away'.

There were also performances from the likes of Katy Perry – who dressed in full Geisha attire for her rendition of 'Unconditionally'.

Miley Cyrus was also one of the most talked about stars on stage as she was joined by a virtual cat for her performance of 'Wrecking Ball'.

Lady Gaga and R. Kelly also gave a NSFW performance of 'Do What U Want' – which saw them invading the Oval Office.

Other top winners of the event were Macklemore & Ryan Lewis, One Direction and Rihanna - who was presented with the first ever Icon prize.