Taylor Swift Talks About Future Acting Plans: "It's Always In The Back Of My Mind"

The '22' singer admits that if the right project comes up she would love to hit the big screen again.

Taylor Swift has confessed that she would love to head back into acting again in the future.

The 'I Knew You Were Trouble' singer has enjoyed cameos in TV shows like New Girl and CSI as well as an appearance in the 2010 movie Valentine's Day.

Speaking to E! News about returning to the big screen, she said: "That's always something that's in the back of my mind, if the right thing came along."

Asked what sort of project she would consider, Taylor said: "It would have to be something so amazing that it would take me away from writing songs and touring, which would have to be an incredible script." 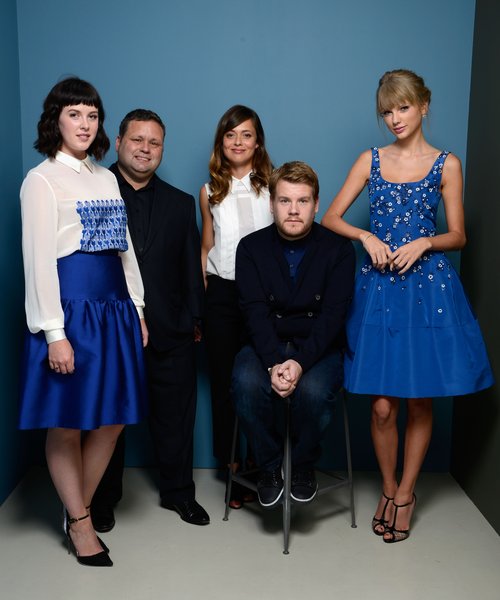 This week saw Taylor hit the red carpet for the Toronto Film Festival along the cast of the Paul Potts movie One Chance.

The singer contributed the end credits song to the project, and was thrilled to have been involved.

"The story just blew me away. I didn't know the story of Paul Potts. He's working a cellphone store and then ended up winning Britain's Got Talent," she said.

Meanwhile, the singer was nominated for a total of six prizes at the upcoming CMA Awards 2013.