The '1989' superstar will be joined by Haim, Vance Joy and Shawn Mendes as she embarks on her new worldwide tour beginning in May.

Is there anything better than heading out on a massive roadtrip with some of your good mates? That's basically what the next few months have in store for Taylor Swift as she embarks on her '1989' World Tour!

Taylor revealed on Twitter that girl band Haim would be her support act for the tour which kicks off in May and will be in the UK for three dates.

The girls and I got to talking and I'm overjoyed to announce that @haimtheband will be joining The 1989 World Tour!! TOURING W/ SQUAD YESSSS

The 'Shake It Off' star first announced that she'll be kicking off a brand new tour across the globe in support of her critically acclaimed new album '1989' back in November.

The tour begins in the United States in May before heading over to Europe for a short leg in June, including dates in UK across Glasgow, Manchester and London:

The US superstar's brand new tour is currently set to run across over 50 dates at present, right through to October - and could more dates be on the way? 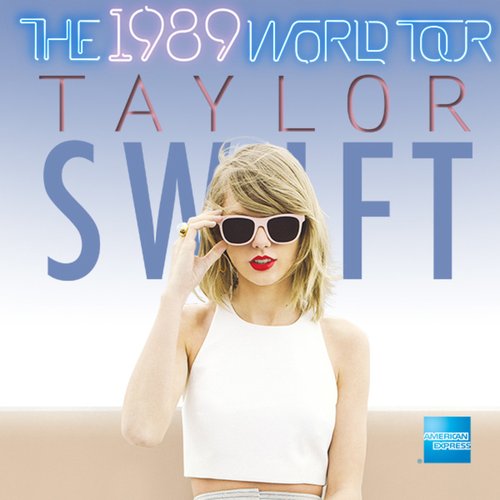 Check out the FULL world tour dates for Taylor Swift's '1989' World Tour below: