Selena Gomez On Being Rebellious In Life: "I've Never Been That Girl" 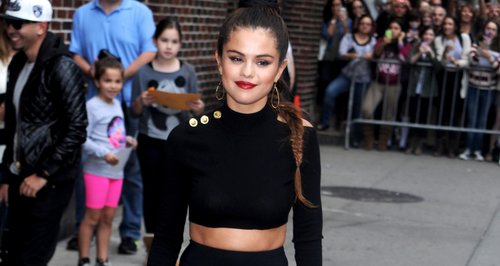 The US star says she will always be the type of person men want to take home to meet their parents.

Selena Gomez says has learned a lot about herself recently and now knows she will never be the "rebellious" kind of girl.

The 'Come & Get It' singer says although she wishes she could be more wild she will "always be the girl you want to take home to your parents".

"The older I've gotten, the more I've learned that I have to open myself up to all opportunities," she reveals to Teen Vogue this month. "Maybe I'll get burned and not meet the right people, but I won't know until I do it.

"You fall in love and it completely consumes you, so a part of you is broken when that's gone," Selena continued, referring to her split from Justin Bieber. "And part of you wants to have that rebellious feeling where you're just like, forget it, I can do anything I want.

"I've tried it and I've never been that girl," Selena clarified. "I'm always going to be the girl you want to take home to your parents, not for the night."

Last week Selena was spotted enjoying a summer break with friends during which she showed off a new tattoo on her hip.

Selena Gomez is set to release new single 'Slow Down' in the UK in December.