"I’m Friends With Everyone" - Cody Simpson On Selena Gomez Rumours

The Aussie pop star shuts down rumours he and Justin Bieber’s ex-GF are dating.

Claims first surfaced after the pair were pictured getting ice cream together on a day out in Los Angeles, and fans were soon buzzing all over Twitter about whether Cody had stolen his pal Justin Bieber’s ex-girlfriend.

However, Cody insists it's completely not the case and promises he’s just friends with everyone, as well as being more than happy just focusing on his music in the wake of his public split from model Gigi Hadid recently. 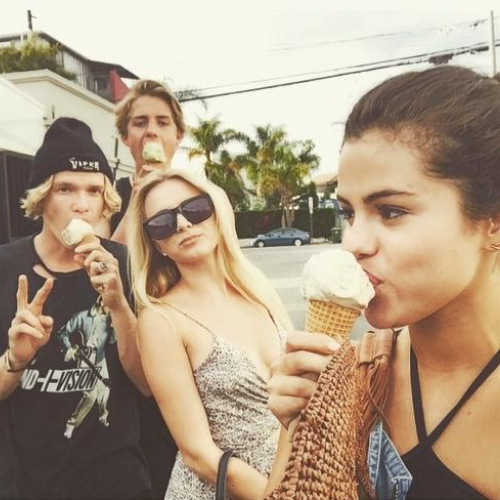 "It’s all sweet, like I try to be friends with everyone," Cody revealed to Richard Wilkins on Today. "I’m always good mates with everyone and stay on the good side of people.

"I was in a highly publicised relationship for a while and now it’s kind of nice to be able to chill and like work on my music."

WATCH: Selena Gomez's Music Video For 'Good For You'