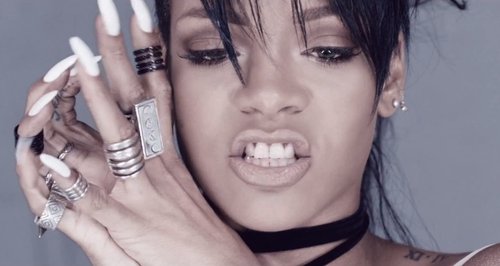 The Bajan star unveils the promo to her latest track from seventh studio album 'Unapologetic'.

Rihanna has released the official music video for 'What Now' - her latest single release from seventh studio album 'Unapologetic'.

[[ This video has been removed ]]
Rihanna - What Now on MUZU.TV.

The track follows on from the recent raunchiness of 'Pour It Up' and sees the singer taking part in some exorcism style dance routines.

The video also sees several clips of animals and insects flash upon the screen as she runs through the middle-eight of the track.

Speaking ahead of the premiere, Rihanna told fans to expect something "eerie" and "creepy" for her latest release.

Rihanna's single 'What Now' is available to download right now as is her latest album 'Unapologetic'.