The 'Diamonds' singer posed for pictures with one of her young fan while outside her French hotel.

Rihanna was out in Paris, France this week as her 'Diamonds' world tour hit the city, and was spotted meeting one of her younger fans during her stay in the French capital.

The 'We Found Love' star stopped to pose for pictures with the youngster on her way back to her hotel on Tuesday evening (4th June).

The 'Diamonds' singer stepped out in a dark red jumpsuit with a plunging neckline to attend a cocktail party with her assistant and close friend Melissa Forde when she bumped into the fan. 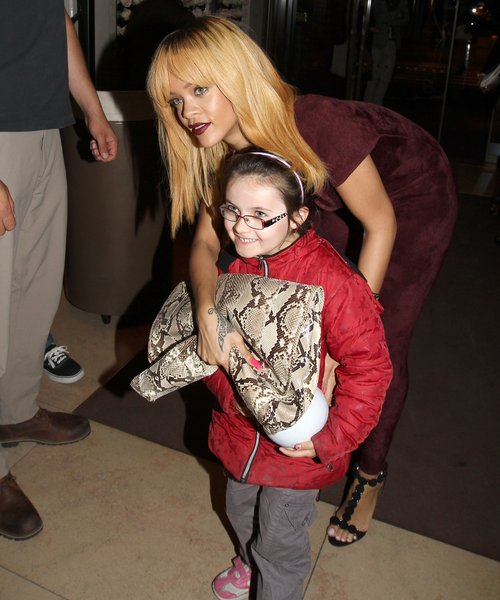 Earlier in the day the 'You Da One' singer was also spotted shopping out in the city wearing an all-white ensemble.

The Bajan star visited the exclusive Chanel and Colette store that opened during Paris Fashion Week in 2011, where she was seen wearing a white tennis skirt, white lace crop top and white blazer for her outing.

She accessorised the outfit with gold Chanel broaches, a chunky Chanel necklace, wrist cuffs and round white Chanel sunglasses. 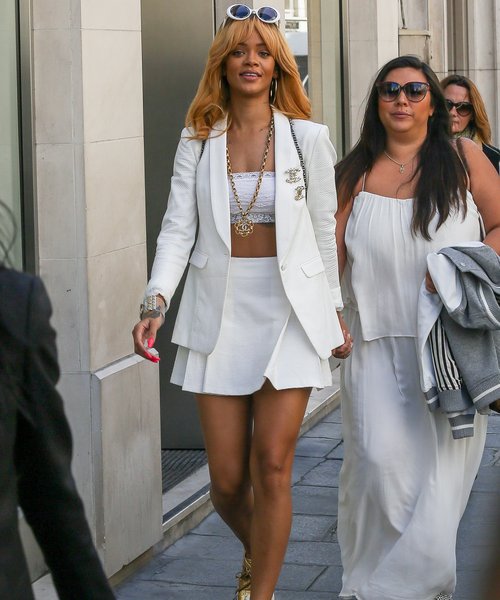 Rihanna also went for lunch at the Parisian restaurant L'Avenue during her trip out in Paris, a favourite of celebrities like Jay-Z and Justin Bieber when they are in the city.